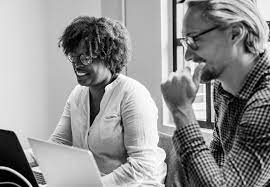 The United States, and North Carolina, are continuing to see steady improvements in the economy as more people find work.

If you started a new job this month, you were in good company.

The most recent monthly federal jobs report found the nation added 678,000 jobs in February, more than what was expected. The influx of new jobs, building on several months of economic recovery, is putting the nation on track to get where it was when COVID first hit two years ago.

Unemployment is also down to a low 3.8% in the nation for February. (North Carolina had a 4.1% unemployment rate in December, the most recent data available.)

The nation is still about 2.1 million jobs short of where it was before COVID upended life as we know it in March 2020.  But that gap is closing, and many economists credit robust pandemic relief and infrastructure packages at the federal level getting the nation back on track at a much faster pace than it did following the 2008 housing crisis.

Jobs outside the public sector, for example, are just 1% short of where they were pre-pandemic, according to the Economic Policy Institute.

Pandemic relief packages included measures that boosted unemployment pay during the start of the pandemic, paused evictions and foreclosures for an extended period of time, and sent out several stimulus payments to the nation’s citizens.

The economic recovery hasn’t been universal, however.

One October poll, for example, reported one in five American households wiped out their savings during the pandemic.

The toll was much higher in non-white households, where nearly one out of every three Black households, and one in four Latino or Native households indicated they lost their savings in the pandemic.

Women, too, have left the American workforce at much higher rates than men, with many families seeing the pressures of handling remote schooling and childcare challenges disproportionately fall on mothers.