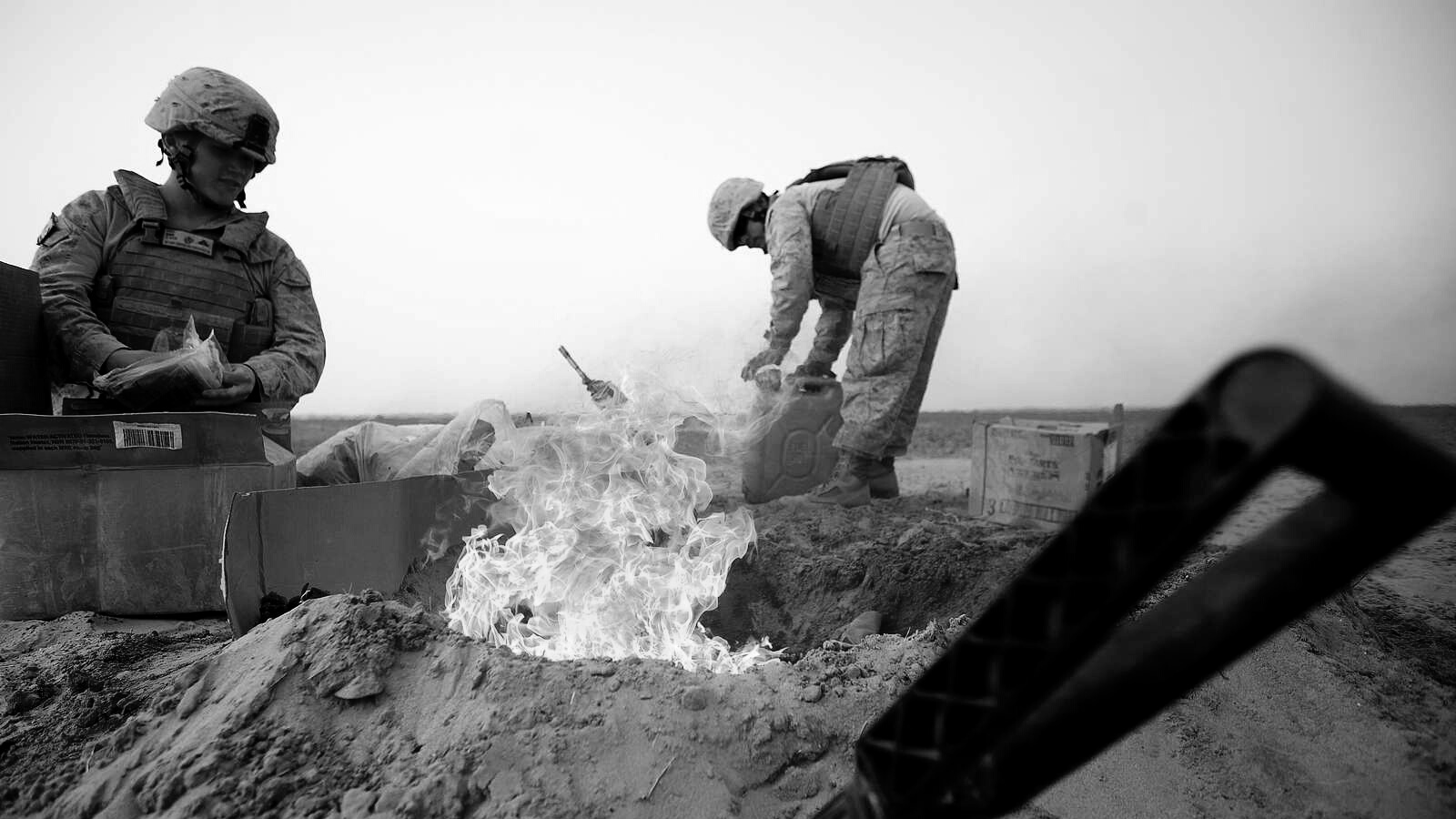 The US House passed a bipartisan bill improving healthcare for veterans exposed to toxins. Six North Carolina Republicans voted against it.

North Carolina service members exposed to toxic burn pits in Iraq and Afghanistan may soon get the care they need.

The US House of Representatives passed a bipartisan bill last week to improve healthcare access for more than 3.5 million veterans across the country who had been exposed to toxins during military service. The bill will soon move to the Senate, though no vote has yet been scheduled.

The burn pits, where military service members burned waste — including chemicals, metals and munitions—  produced smoke that the US Department of Veterans Affairs has since said contains “substances that may have short- and long-term health effects, especially for those who were exposed for long periods or those more prone to illness such as individuals with pre-existing asthma or other lung or heart conditions.”

President Joe Biden mentioned the burn pits in his State of the Union Address last week and said he had long suspected that they caused the brain cancer that killed his son, Beau Biden, who served in Iraq with the Delaware National Guard.

“They come home, many of the world’s fittest and best trained warriors, never the same — headaches, numbness, dizziness, a cancer that would put them in a flag-draped coffin,” President Biden said.

Help for Those Exposed to Toxins at Camp Lejeune

The bill also includes help for North Carolina-based Marines sickened by the water at Camp Lejeune, the Jacksonville military base.

From 1953 to 1985, up to a million Marines, base staff and their families may have been exposed to water contaminated with several industrial solvents that are linked to higher rates of cancer, heart problems, and neurological effects, the U.S. Agency for Toxic Substances and Disease Registry, a federal public health agency, says.

Among other things, the bill, called the “Honoring our PACT Act,” will allot more than $280 billion through 2031 to help pay for treatment and screenings, and create a registry for veterans across the country who were exposed to toxins anywhere in the world, according to an estimate by the Congressional Budget Office.

All five of the state’s Democratic representatives and two Republicans voted for the bill, which included provisions from the former Camp Lejeune Justice Act, legislation introduced last year by US Rep. Greg Murphy, a Republican from Greenville, whose district includes Camp Lejeune.

US Rep. Richard Hudson, a Republican whose district includes Fort Bragg and Pope Army Air Field, also voted for the bill. The other six NC Republicans in Congress voted against it. Requests for comment sent to the press offices of those voting against were not returned.

“When we send our men and women overseas, we make a promise to care for them when they come home,” Murphy said in a press release after the vote on Thursday.  “We failed our veterans when they were exposed to toxic drinking water at Camp Lejeune, and it is up to us to make it right.”

In 1989, a study showed that a dry cleaners about two miles from the base had for decades been releasing toxic dry cleaning chemicals into soil and groundwater. The toxins – including trichloroethylene (TCE), tetrachloroethylene (PCE), and benzene – made their way into the water treatment plants that helped supply drinking water to Marines’ family housing residences, schools and, until the early 1970s, the base hospital.

TCE and PCE can be harmful if ingested through contaminated food and drinking water, but because they can vaporize in hot water, even showers, baths and doing the dishes are dangerous.

A superfund cleanup plan was approved for the area in 1989 but stalled because of a lack of funding. In December, the Environmental Protection Agency announced it would use money from federal infrastructure legislation to restart the cleanup.

“The exact duration and intensity of the exposure at Camp Lejeune are unknown,” the Department of Veterans Affairs says on its website. “The geographic extent of contamination by specific chemicals also is unknown.”