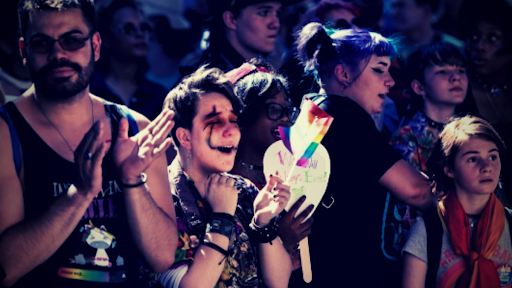 The saga of the Town of Holly Springs’ decision surrounding the adoption of a Wake County non-discrimination ordinance stretched into a second week as disappointed and upset residents took over a Holly Springs Town Council meeting last week.

According to CBS 17, the town council rejected adopting the ordinance on June 14 after an hour and a half of questions and debate on the topic.

“We have families of all kinds and to feel accepted and loved in any city they’re in, I think it’s so important and Holly Springs shouldn’t be denying that to people,” Holly Springs local Josie Reed said at the June 14 meeting.

Council member Aaron Wolfe supported the adoption of the ordinance, saying that “It might not seem urgent to us sitting up here, but, to the folks of this community, it is.”

Other members of the council didn’t see it the same way as Wolfe.

Councilman Timothy Forest said he couldn’t support the ordinance because of the unknown liability put on local businesses and how other cities that have adopted similar ordinances have fared since enacting it.

“Those are things that are not yet known,” he said. “They’re what I call unknowable. It’s hard to make a decision on that today.”

Right now, Wake County is paying legal fees for any of the municipalities that have the ordinance on the books, including Apex, Cary, Knightdale, Morrisville, Raleigh and Wendell.

Not content to let the council off easy, residents packed the June 21 council meeting to let their feelings be known again.

The non-discrimination ordinance was not on the meeting’s agenda, but it was the main topic of the public comment session. Both those in support of the ordinance and those against it spoke at the meeting.

Those in support of the measure let the council hear it.

“When I hear the council say that this is not for Holly Springs, I have to ask how has our town magically found itself exempt from institutional racism, from ableism, from transphobia, and misogyny, the truth is it hasn’t,” Turnwald said.

In addition to being disappointed over the council’s decision not to enact the ordinance, residents were also upset that the town did not pass a Pride Month proclamation, according to WTVD.

“This is absurd. People who preach love and acceptance have no tolerance for people like myself,” said Donna Friend, a Holly Springs resident.

Friend told WTVD that it seemed clear to her that the council simply doesn’t care about the LGBTQ+ community.

“I think they let their true colors show,” she said. “Sadly they’ve danced around the idea that this is not about homophobia and sadly we learned tonight that it really is. I’ve heard more Bible quotes than I have heard in church in the last six months.”

Brian Norman, a pastor at Bethel Baptist Church, absurdly called the ordinance discriminatory against people like himself and said it would only serve to divide the community.

Thinking like that had some residents saying they were embarrassed to even live in the town anymore.

“This town has grown more and more diverse over the last 10 years which is fantastic,” Andrea Biondi told WTVD. “After hearing what I heard in there, I’m embarrassed to live in this town.”

Read more from CBS 17 and WTVD.

PrevPreviousNC Republicans’ Claims To Support Veterans Is Nothing But Lip Service
NextYour Guide to the Right-Wing Extremists Trying to Take Over NC School Boards: Part VNext