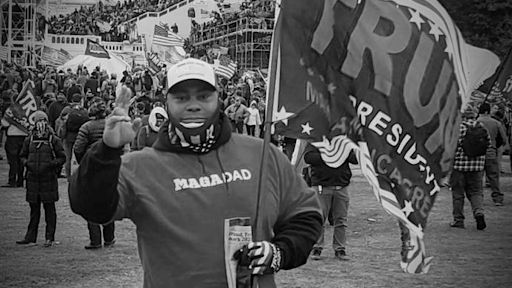 A former Durham Republican mayoral candidate, and Jan. 6 attendee, was nearly appointed to the city’s Human Relations Council with the support of Mayor Elaine O’Neal, The News & Observer reported earlier this month.

Jahnmaud Lane, who attended the Stop The Steal rally that preceded the insurrection at the U.S. Capitol, applied to be a member of the council that, according to the city’s website, exists “with one goal in mind, that being, to improve human relations among the people of Durham.”

The group also takes part in the enforcement of Durham’s non-discrimination ordinance that was enacted in 2021 which serves to protect members of the LGBTQ community as well as other marginalized residents.

The commission has 17 members – 16 appointed by the Durham City Council and one by the mayor – in order to “represent the diverse social, economic, gender, sexual orientation, ability, religious affiliations, and racial and ethnic composition of the city.”

Although applicants “of diverse backgrounds” are encouraged to apply for the council, perhaps a Trump-supporting, election-denying, attempted coup-attending resident is not the best choice – especially during the Jan. 6 committee hearings.

According to The News & Observer, Lane was just one vote shy of being nominated to the board for a three-year term.

Council Member DeDreanna Freeman, Council Member Monique Holsey-Hyman and O’Neal all supported Lane’s nomination in the first round of voting. Freeman and O’Neal later changed their vote to support current board member Tammy Hood in order to reach a consensus on the person to appoint, according to The News & Observer. Holsey-Hyman later rescinded her vote for Lane.

The News & Observer reached out to Freeman and O’Neal multiple times for a comment on the nomination but never received a response.

Citing an email sent to a concerned resident, O’Neal said she voted for Lane “because everybody has a voice and he is a member of the public.”

“Is that a sufficient answer for you?” she said in the email. “And are you volunteering for a city committee? He is trying to be a public servant, may not be the kind that you want but he is in the mix to try and help make things better.”

While Durham’s mayor may be open to having a believer of “The Big Lie” on the city’s Human Relations Council, Council member Jillian Johnson took to Twitter to highlight the vote.

“Everybody has to draw a line somewhere, and I definitely draw it well before we get to someone who was at Jan. 6,” Johnson told The N&O.

The News & Observer spoke with Lane who said he “was about to go inside” the Capitol but “stopped.” When asked about his support for ex-President Donald Trump and whether or not he believes in The Big Lie, Lane deflected and went with the typical whataboutism response that Republicans like to use when confronted with something they have no defense for.

“You have people who talk about January the sixth — mostly peaceful protests of American citizens who accidentally went into an unposted, restricted area,” Lane told the newspaper. “What about the burning and looting from 2020?”

Lane told the newspaper that he wanted to be on the council to bring a different viewpoint and that he often attends the meetings to comment publicly.

Of course, commenting at a public meeting is not the same as being appointed to a three-year term on a commission aimed at bringing the community together and strengthening the relationship between the city and its residents, especially when a person has views and beliefs as divisive and detached from reality as Lane does.