Lt. Governor Mark Robinson Says ‘We Are Called To Be Led By Men,’ Not Women

Home » Politics » Lt. Governor Mark Robinson Says ‘We Are Called To Be Led By Men,’ Not Women 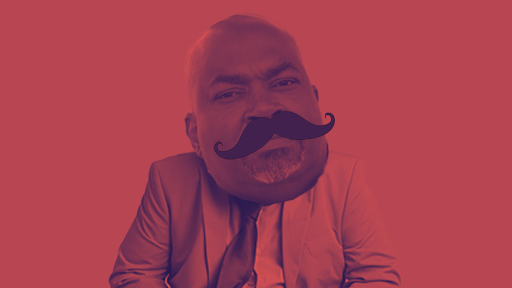 According to North Carolina Lt. Gov. Mark Robinson, Christians are “called to be led by men,” not women. As reported by WRAL, Robinson made these statements, among others, in a recent sermon that Robinson delivered in a Charlotte-area church last month.

These are only the most recent controversial comments of the Lt. Governor; he was in the news repeatedly last month regarding his comments about AR-15s, and overall he has a long history of making polarizing statements.

In regards to his most recent May 22 comments, WRAL reported that while reflecting on adversity, Robinson said, “my God tells me that when I face adversity that, number one, I am to stand up like a man! M-A-N!”

Before continuing, Robinson said to the crowd as he often does when he’s about to say something controversial, that he was “getting ready to get in trouble.”

Robinson went on to state, “we are called to be led by men,” and carried on with, “God sent women out… when they had to do their thing, but when it was time to face down Goliath, [He] sent David. Not Davita, David.”

Finally, Robinson finished this portion of his speech by reminding the audience that God sent “Daddy Moses”, “Not Momma Moses” to lead the Israelites.

Robinson responded in a video statement on social media, in which Robinson says:

WRAL reported that the Women of the State Senate Democratic Caucus issued a statement condemning the Lt. Governor’s remarks as misogynistic, stating, “we need more women leaders… what we don’t need are politicians using the bully pulpit to literally bully women.”

Overall, these remarks were a small portion of Robinson’s speech, which focused heavily on condemning social justice efforts; according to the Lt. Governor, too many people are listening to the doctrine “of social justice instead of the doctrine of Jesus Christ,” and that “they will be on their way to Hell.”

It’s expected that Robinson could potentially run for Governor in the upcoming 2024 election, which begs the question, if Robinson truly does believe that women are meant to lead, what would that mean for all the women of North Carolina if he becomes Governor?