NC Bill Would Fine Hospitals Up To $25,000 For Billing Sexual Assault Survivors For Forensic Exams 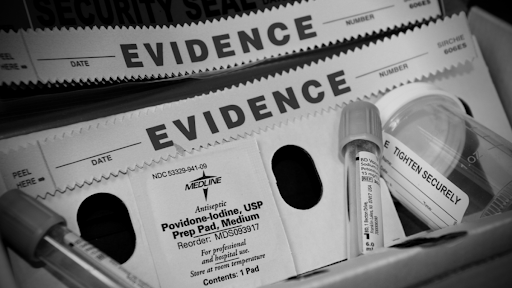 Hospitals that charge survivors for conducting rape kit tests could be fined up to $25,000 if North Carolina House Bill 626 becomes law, according to WRAL.

The bipartisan bill, which is sponsored by Rep. William Richardson, D-Cumberland, and Rep. Edward Goodwin, R-Bertie, would make it a violation for “a medical facility or professional that performs forensic medical examination” to charge “the victim of rape or sexual offenses, the victim’s insurance, Medicaid, Medicare or any other collateral source for the examination and other eligible expenses.”

Violations of the law would be punishable by a civil penalty that could run as high as $25,000.

The bill is something that Deanne Gerdes, executive director of the nonprofit Rape Crisis of Cumberland County, told WRAL is much needed.

She said it’s sometimes hard to get survivors to report the crime in the first place and she told WRAL she couldn’t believe it when she found out survivors were actually being charged for rape kit testing.

“It’s important for victims not to be billed for being raped,” Gerdes said. “They’re going to the hospital for state evidence purposes. That’s what a rape kit is for. It’s for evidence, so the state should pay for it.”

HB 626 was referred to the Committee on Rules and Operations of the Senate the same day it was passed on its first reading. More than a year later, the bill remains in that same committee.

The measure also has support from North Carolina State Treasurer Dale Folwell, who said he believes the $25,000 penalty should get the attention of hospital administrators across the state.

“We don’t need any medical providers saying how sorry they are,” said Folwell. “We need them to stop and reverse course.”

Folwell said that charging victims for rape kits “is wrong” and that the state “[doesn’t] want to fine anyone. We want them to stop what they’re doing and reverse course.”

Along with the fine, HB 626 would also provide funding to train more nurses in how to properly care for survivors of sexual assault.

PrevPreviousN.C. State Alum ‘Swiss’ Up The Competition In England
NextNovember Election Could Shift Control Of The Wake County Board of EducationNext