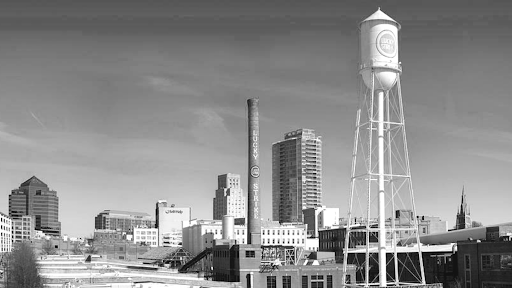 Durham is the first city in North Carolina to launch an “unarmed mental health” division to respond to certain crisis calls, WTVD reported.

The programs, which began at the end of June, were created to match 911 responses to calls involving people experiencing mental and behavioral health issues with the goal of de-escalating these situations in a non-violent manner.

The first program to launch was the Crisis Call Diversion program, which embeds mental health clinicians in Durham’s 911 call center.

The second program is the Community Response Team, which dispatches unarmed three-person teams (a clinician, peer support specialist and an EMT) to certain behavioral health calls for service.

The third program that is now underway is called Care Navigation. This team follows up with people within 48 hours to help connect them to community-based care that can help them.

The fourth program, which won’t launch until later this year, is called Co-Response. This program will pair clinicians with police officers to respond to behavioral health calls that could pose a greater safety risk.

Such programs could have possibly prevented the deaths of Reuel Rodriguez-Nunez, 37, in Raleigh, and Jada Johnson, 22, in Fayetteville.

On May 7, Nunez was shot to death by four Raleigh police officers who fired off 30 rounds while Nunez was lighting cups of gasoline on fire during a mental health crisis in the parking lot of the Raleigh Police Department’s Southeast Substation on Rock Quarry Road, CBS 17 reported.

Video from the scene showed one officer in particular, Master Officer P.W. Coates, responding in just about the worst way someone could possibly respond to such a situation.

With Nunez still lighting the Molotov cocktails, Coates can be seen repeatedly telling Nunez to, “Go ahead (expletive), do it! Do it!” before asking other officers to “give me the go-ahead” to shoot.

Shortly after that, all of the officers fired at Nunez, killing him.

A member of ACORN (Addressing Crises through Outreach, Referrals, Networking and Service) spoke to CBS 17 about the need for specialized mental health responders who can go to incidents where a person is clearly in distress.

“If it had just been waited out, (Nunez) would have had no other ammunition and the appropriate professional help could have come and assisted,” said Toshiba Rice.

The case of Jada Johnson is perhaps even more disturbing.

Johnson was in the middle of a severe mental health crisis on the night of July 1 when she called 911 to report that four people were trying to break into Johnson’s grandparents’ home, Rick Iwanski told WTVD.

According to Iwanski, Johnson, who had been trying to escape an abusive relationship, “was convinced that her boyfriend was going to enter the family home and harm them, which sparked the call to the police.”

Police responded to the scene and did not find anyone there except for Johnson, her 2-year-old daughter and Johnson’s grandparents.

While trying to arrest Johnson for filing a false police report, Iwanski tried to explain to officers that his granddaughter was having a mental health crisis, according to WTVD.

“This was not a normal situation, certainly not a criminal situation,” Iwanski said he told an officer. “There’s a health crisis here, a mental health issue,’ I said.”

According to Iwanski, Johnson thought that her boyfriend had hired the cops to kill her. His granddaughter later agreed to go to the hospital but officers canceled the ambulance that would have taken her.

Later during the incident, Johnson pulled out a gun and threatened to harm herself, WTVD reported. Iwanski said Johnson never pointed the weapon at police or anyone else and had only threatened to hurt herself.

Police told WTVD that officers tried “relentlessly” for an hour to calm the situation and get Johnson to drop her gun.

At no point did police bring in any mental or behavioral health experts, despite the department receiving funding for a mental health liaison.

The incident came to an end when officers took Johnson to the ground and fired five to seven shots, Iwanski said.

“There was no struggle. She didn’t fight back. She did not do anything, just laid there and they killed her and murdered her in front of me,” he told WTVD.

According to Iwanski, he was handcuffed on the floor watching as his granddaughter was killed.

An investigation by WTVD’s I-Team “found in an analysis of nearly 100 officer-involved shootings and use-of-force incidents across central North Carolina law enforcement agencies for the past eight years, at least 39% of incidents involved a person experiencing a mental health crisis or a person with a history of mental illness.”

It’s impossible to know for sure if Nunez and Johnson would still be alive if such crisis response teams were active in Raleigh and Fayetteville, but it’s clear at this point that police across the country are woefully unprepared to deal with the vast majority of mental or behavioral health calls. Tragically, officers rarely face any consequences for their actions when someone in distress ends up dead at the hands of police.

If Durham’s new programs are successful, we could potentially see a change in how other police departments in North Carolina – and even across the nation – operate when responding to people in crisis.

PrevPreviousNCGA Legalizes Hemp At The Last Minute – Is Marijuana Usage Next?
NextPartisan Gerrymandering Paved The Way For Abortion BansNext