In November, North Carolina Voters Will Determine The Future Of Abortion, Civil Rights 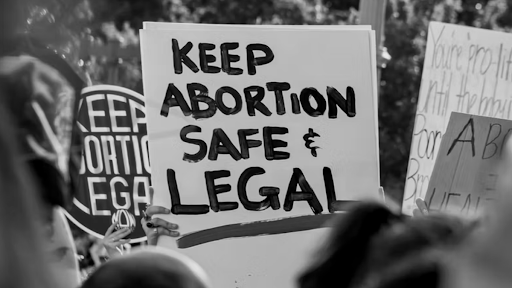 In the aftermath of the Supreme Court’s decision to overturn Roe v. Wade, reproductive rights advocates have repeatedly emphasized the importance of this year’s election.

“If you want to change the circumstances for women and… girls in this country, please go out and vote,” stated President Joe Biden in a speech last week. “For God’s sake, there’s an election in November.”

According to Politico, 20 counties across the nation will determine whether Republicans or Democrats rule the House and Senate in 2023. These 20 counties include Wake County. Voters in Concord, Huntersville, Cornelius, Davidson, Matthews, Wake County, Granville, Franklin, Vance and Nash counties also have been proven to be competitive districts that could play a role in determining seats in the state legislature, according to The News & Observer. North Carolina voters will also have the chance to determine whether a Republican or Democrat will take the state’s open Senate seat.

Depending on which party gains seats, the future of abortion, marriage equality, civil rights and much more could be on the line in North Carolina. Major long-standing issues such as Medicaid expansion, teacher pay, funding for K-12 education, job opportunities, and increased economic development, especially in rural areas, will also be determined by state House and Senate races.

If state Republicans gain seats, resulting in a supermajority, the Governor’s veto power to hold back against discriminatory, divisive legislation – such as anti-abortion measures and censoring classrooms –  would be overridden.

If state Democrats gain seats, the party would be able to maintain the Governor’s veto power – protecting voters from extremist Trump-like measures.

For now, Gov. Roy Cooper is holding the line to protect reproductive freedom, which has given access to many in the southern region. That all could change if extremist Republicans take control of the legislature, with several state Republican leaders hinting at enacting anti-abortion measures or outright bans.

From state judges, and legislative seats to the Senate seat, North Carolina voters on Nov. 8 will have the chance to ensure their rights are protected, and determine how these laws are enforced, and whether they are upheld by our courts.

Read more at The News & Observer.