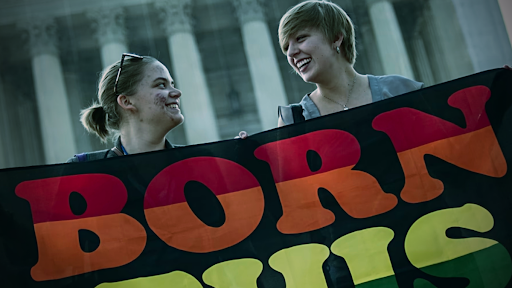 During a month marked by attacks on the transgender community in multiple states across the country, North Carolina is among the few states that can tout some victories.

NC Policy Watch reported that one of the plaintiffs in this case, an assistant professor in the College of Education at NCSU Julie McKeown, said that this victory sent “a powerful message of validation to the entire transgender community in North Carolina.”

McKeown continued, saying, “After years of fighting for fair treatment, finally having a court decide that these healthcare exclusions are wrong is vindicating… as government employees, all we want is equal access to healthcare, but we were denied just because we are transgender.”

The latest victory for the North Carolina transgender community came on June 22; NC Policy Watch reported that “transgender people born in North Carolina can now change the gender marker on their birth certificates without undergoing medical transition,” according to a consent judgment in a federal lawsuit issued June 22.

The lawsuit was filed last year by Lambda Legal, Baker Botts LLP and Brooks Pierce McLendon Humphrey & Leonard and challenged the state’s restrictions on how transgender North Carolinians can change thier gender markers.

As many transgender folks choose not to have surgery or medically transition, North Carolina’s previous requirements to do so in order to change gender markers were an obstacle for many people.

Thanks to this recent judgment, the North Carolina Department of Health and Human Services, along with other state officials and agencies, will have to provide birth certificates that reflect an applicant’s sex that is consistent with thier gender identity without having to undergo any surgery.