Meet The Candidates For The NC Supreme Court 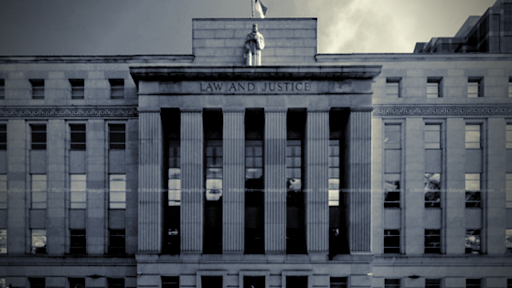 North Carolina’s State Supreme Court currently has a 4-3 majority in favor of Democrats. This fall, there will be competitive races for two Associate Justice positions on the seven-member court.

Democrats need to win both elections in order to maintain their majority on the court. Should they fail, progressives will not have another chance to regain control of the court until 2028.

Justice Sam J. Ervin, a Democrat, is running for re-election and will face Republican Trey Allen in the fall. According to the News & Observer, Allen “has no judicial experience, but works closely with Republican Supreme Court Chief Justice Paul Newby, who won his seat in 2020.” Allen serves as General Counsel for the Administrative Office of the Courts under Newby and previously served as a clerk for Newby.

Ethics guidelines in North Carolina discourage sitting judges from participating in partisan politics and making endorsements when they are not on the ballot themselves. In the second year of his eight-year term, Newby is not on the ballot this year and is ineligible to run for re-election due to age restrictions. Despite this fact, Newby has expressed his support for Allen on multiple occasions.

According to the News & Observer, during a candidate forum, Allen claimed the court system should be free of partisan politics. However, during the primary election he persuaded Republicans to vote for him over his opponent, Court of Appeals Judge April Wood, because if she won, Democratic Governor Roy Cooper would choose her replacement.

During the same forum, Justice Sam J. Ervin touted his non-partisan judicial philosophy. Ervin told the News & Observer, “I’m very concerned that the public loses confidence in the judicial system because members of the courts are perceived — rightly or wrongly — to have a partisan or ideological agenda. I have no such agenda.”

Court of Appeals Judge Lucy Inman, a Democrat, is seeking the open seat previously occupied by Justice Robin Hudson. Inman will face fellow Court of Appeals judge Richard Dietz, a Republican. Both candidates have extensive legal careers on the Court of Appeals.

As a lawyer, Judge Dietz has argued unsuccessfully before the United States Supreme Court. According to the News & Observer, Dietz defended a man who purchased a firearm and sold it to his uncle and was accused of purchasing the gun in the name of another. Dietz lost the case in a 5-4 decision.

Dietz began his career as a judge in 2014 when he was appointed to a vacant seat on the Court of Appeals by former Republican Governor Pat McCrory. Dietz was previously appointed to the NC Courts Commission by McCrory in 2013.

During a candidate forum, Judge Inman expressed her commitment to the constitution and refusal to be influenced by partisan politics. Inman cited her decision to rule in favor of the Republican-controlled State Legislature over the Democratic governor in a case regarding the legislature’s constitutional authority to allocate federal funds.

Inman told the News & Observer, “Although I think many partisans would have predicted that I would have written a decision handing a win to our governor, I wrote a decision — a unanimous decision — which upheld the legislature’s authority to do that. That is the kind of discipline that it requires for a judge and a justice to preside over some of the hardest fought cases in our state.”