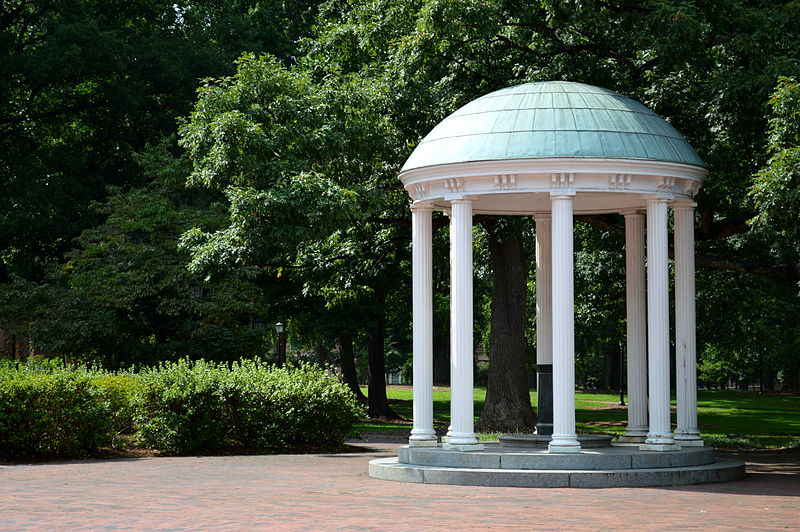 The American Association of University Professors (AAUP), a national organization of professors and scholars, voted unanimously to condemn the UNC System earlier this month.

The national faculty group released a report that highlights the numerous violations of threats to faculty governance, limiting academic freedom and the presence of institutional racism within the UNC System, and has criticized the UNC System Board of Governors and UNC System office for repeated political interference.

Among several examples of violations, the AAUP called attention to the treatment of former prospective UNC faculty member Nikole Hannah-Jones and the handling of the confederate monument Silent Sam.

AAUP also mentioned the lack of diversity on the UNC BOG and UNC System Office – which has been overwhelmingly white, male and Republican.

“Whereas the UNC Board of Governors and System Office,” reads the resolution, “the racial composition of which is disproportionately white, have fostered a culture of exclusion, marked by a lack of transparency and inclusion in decision-making, that has prevented faculty members of color from moving into positions of leadership and authority, chilled the climate for academic freedom, represented a constant threat of political interference, and perpetuated institutional racism.”

Since taking over the North Carolina House and Senate a decade ago, Republican state lawmakers have used the UNC BOG and System Office to influence policy decisions across the state’s 16-university system.

Many of these decisions have continued institutional racism and political overreach, according to the AAUP.

“The UNC board of governors and system office have taken actions with regard to the system’s minority-serving institutions to reduce budgets,” the resolution reads, “defer maintenance, maintain low salaries, and increase the workloads of faculty members of color at these institutions, thereby further sustaining institutional racism in the UNC system.”

Read the full resolution from the AAUP governing council here.

Unfortunately, the UNC System is no stranger to institutional racism. In 2019, UNC-Chapel Hill came under fire after a 1979 yearbook containing photos of students in blackface, depicting a lynching resurfaced. According to reporting from WCNC, Joel Curran, vice chancellor for communications, issued the following statement, “The photos found in the 1979 student yearbook are abhorrent. We fully and wholly condemn both the photos and the racist behavior they depict. That kind of behavior has no place on our campus now or then.”