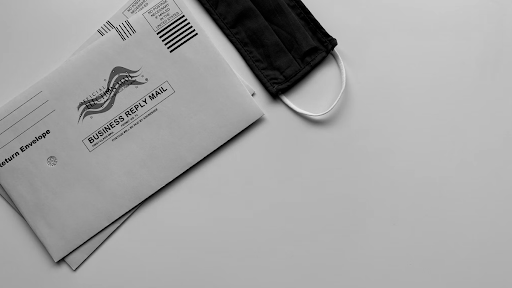 The North Carolina State Board of Elections (NCSBE) recently rejected a Republican Party request for the board to allow county elections officials to examine signatures on absentee voting documents.

Republicans wanted elections officials on the local level to be able to compare voters’ signatures on their voter registration cards against their signatures on absentee ballot requests and returns.

In a 3-2 party line vote, the NCSBE rejected the request.

According to NC Policy Watch, “the board’s Democratic majority approved a declaratory ruling stating the opposite.”

The Democratic members of the board decided that local elections officials “don’t have the legal authority to verify signatures to determine if voters should receive mail-in ballots and if votes should be counted.”

Democrat Stella Anderson said if they allow signature matching to occur that it would put a new legal requirement on voters.

“We cannot do that,” Anderson said. Instead, she suggested that the two Republican members who support signature matching should go to the legislature and ask for them to change the law.

Tommy Tucker, a Republican on the board and also a former state senator, said he plans to “make it my sole purpose in life” to make signature matching a part of state law. NC Policy Watch reported that Tucker believes “elections officials should be allowed to verify ballot signatures that are illegible.”

Despite making it his life’s goal to make signature matching a requirement, Tucker also said that it doesn’t matter what the Democratic majority on the board does because he’s confident the U.S. Supreme Court will rule on a case out of North Carolina in favor of Republicans.

The case, Moore v. Harper, is described as “a fringe legal theory about how much power state legislatures have over the running of congressional and presidential elections.”

The most simple explanation of the case is to say that, if the Supreme Court rules in favor of Moore (as in, House Speaker Tim Moore), control of election results could be awarded to state legislatures and legislators could award electoral votes to the candidate of their choice, regardless of which candidate won the most votes.

If Tucker is right in his assumption of how the court will rule then he’s also correct in saying that it doesn’t matter what the NCSBE does right now about signature matching.

“The Supreme Court will have a ruling at the end of the year where we won’t have any say,” Tucker said, “that it will be by the Constitution, as I stated, the times, manners and places of elections are determined by the state legislatures, not the state board, not the Supreme Court, not an illegitimate judge.”

According to NC Policy Watch, the NCGOP, a Republican candidate for county office and a Republican member of a county board of elections “wanted the state elections board to override a 2020 instruction from the state’s top elections administrator that local boards should not try to verify signatures on absentee ballot requests” because, according to Republican lawyers, that is “part of local election officials’ job.”

The NCSBE’s other Republican member, Stacy ‘Four’ Eggers IV, said elections officials should be allowed to check signatures they have questions about and not every single signature.

“The presence of a signature on the registration card is an easy and accessible tool that the counties have,” he said. “Having that for their additional consideration simply builds trust in the system.”

“We’ve got an extraordinarily secure absentee ballot process now,” he said. “To do this would introduce a level of uncertainty wherein some voters might be treated different than other voters depending on how they vote.”

Circosta is correct in his view that the current system is secure.

According to the NCSBE, voters who want to vote by mail have to sign their applications and provide either their driver’s license number or the last four digits of their Social Security number, plus their date of birth. Once the ballot has been filled out, voters must sign the ballot, plus get the signatures of two witnesses or a notary.

Twenty-seven states currently require signature matching on absentee ballots, but none of those 27 states require a voter to get signatures from a witness or notary.

A 2020 study of voting by mail in Florida in the 2016 and 2018 elections showed that “younger voters, voters not registered with a major political party, and voters in need of assistance when voting are disproportionately likely to have their [vote by mail] ballots not count. We also find disproportionately high rejection rates of mail ballots cast by Hispanic voters, out-of-state voters, and military dependents in the 2018 general election.”

In addition, the study also found that some counties in the state were far more likely to reject ballots than others, highlighting the lack of uniformity when it comes to verifying mail-in ballots.

Lawyers from the NCGOP told the NCSBE that they would go to court over signature matching if the board rejected their request.

”We are stunned that the Democrats on the State Board of Elections are blocking the use of signature verification on absentee ballots,” Whatley wrote. “The North Carolina Republican Party will explore every option at our disposal to restore voter signature verification as an essential component of our County Boards’ efforts to protect the integrity of North Carolina elections.”

Common Cause North Carolina executive director Bob Phillips released a statement in support of the board’s decision, and against the NCGOP’s effort, NC Policy Watch reported.

“The push by the NC Republican Party to impose a deeply flawed ‘signature-match’ process would be a strain on North Carolina voters and election administrators, while doing nothing to strengthen our voting system. The State Board of Elections made the correct call for voters by denying this request.”

The Democratic members of the NCSBE made the right decision to reject the NCGOP’s request – a request that had the potential to disenfranchise thousands of North Carolina voters solely because of how they signed their names.

Absentee ballot requests for this July’s municipal and local second primaries have already closed, but you can click here to request an absentee ballot for the Nov. 8 general election.