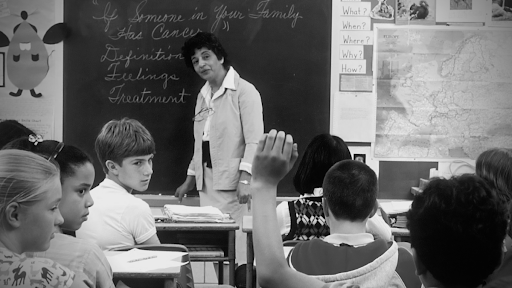 The North Carolina General Assembly passed a budget a couple of weeks ago that provided teachers with an average raise of around 4 percent. According to NC Policy Watch, when that number is adjusted for inflation, legislators actually passed a 3.9-percent pay cut for North Carolina teachers.

In the “things we don’t often say” category, it would be nice if the Republican-led General Assembly behaved more like Alabama Republicans, at least in this case. Legislators in Alabama passed a teacher pay plan for the 2022-23 school year that will positively impact the pay of teachers at every experience level.

To put that into perspective, NC Policy Watch provided a graph:

If that wasn’t enough, Alabama also offers its teachers a 15 percent supplement for master’s degrees whereas North Carolina offers only 10 percent. Teachers with advanced degrees and PhDs in Alabama are also given more generous supplemental pay than teachers here.

According to data, North Carolina would have needed to spend around $880 million more in this year’s budget to match Alabama’s teacher pay plan.

Close to $1 billion in additional spending sounds like a lot, but when considering the state’s surplus, it’s not.

“$880 million represents less than half of the state’s recurring surplus of $2 billion. In other words, legislators could have adopted Alabama’s teacher pay proposal and still had enough left over to fully fund the Leandro Plan and expand Medicaid,” the NC Policy Watch article states.

According to the article, considering that North Carolina is a wealthier state than Alabama, the state should be able to pay teachers more (as much as 15 percent more – the amount that North Carolina’s per capita personal income exceeds Alabama’s), but instead, the budget leaves our teachers with a pay scale that is around 13 percent short of their counterparts’ in Alabama.

The pay increase is already having a positive impact in Alabama. According to AL.com, teacher retirements are much lower than predicted thanks to the new pay plan. That means that schools there are keeping more of their experienced teachers in the classroom. The same can’t be said for North Carolina where a recent survey showed more than 7 percent of educators and school staff plan to quit the profession immediately. According to WRAL, if those surveyed follow through, nearly 7,800 people — mostly classroom teachers — will quit the education profession this summer. That’s nearly double the number of teachers and staff who leave their jobs in an average year.

The fact is, the General Assembly should be ashamed of themselves for the paltry amount of money the state will spend on teachers and students in 2022-23. Numbers sometimes don’t mean much when they’re just getting thrown around, but when you consider that not only could educators in North Carolina have been awarded an average raise of 17.4 percent, the state could have also fully funded the Leandro Plan – ending the unnecessary and incredibly stupid court battle over having to provide students a good education – but over 500,000 North Carolinians could also have been added to Medicaid rolls meaning they would finally be able to get health care.

The truly sad thing about this entire situation is that North Carolina has the money to do so much more to help its people, yet Republicans in the General Assembly simply don’t care enough to do it.

Election Day is Nov. 8. Early voting runs from Oct. 20 through Nov. 5. Make sure you vote.