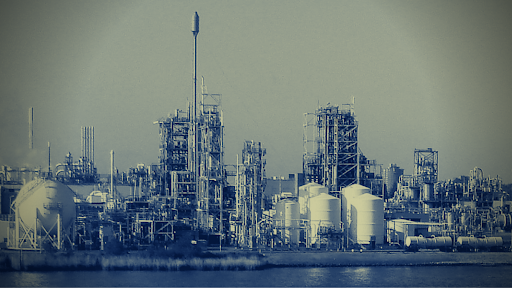 The Fayetteville Works plant, owned and operated by Chemours, is asking North Carolina regulators for permission to dispose of contaminated groundwater from their facilities into the Cape Fear River after they run it through filters. The plant, formerly owned by DuPont, is famously linked to water contamination in the Cape Fear River.

According to the News & Observer, many speakers were not happy with the proposed permit during a public hearing at Cape Fear Community College in downtown Wilmington. Concerned citizens asked DEQ to require Chemours to remove more chemicals than what they have proposed and to improve their proposed stormwater system to prevent rainwater from carrying PFAS into the river.

According to Geof Gisler, senior attorney at the Southern Environmental Law Center and representative for Cape Fear River Watch, the proposed 99% removal of PFAS is not good enough, and some of those PFAS has been recently found by the EPA to be more harmful to human health than previously known.

In efforts to clean their image, Chemours has initiated a public relations campaign on TV and other mediums calling themselves “good neighbors” and have started a petition for signatures “to help build the wall.”

The Cape Fear River is the source of much of the drinking water for southwest North Carolina, and the underground water that is next to the river and right under the chemical plant contains nearly 60% of the PFAS found down the stream.

The proposed solution from Chemours is to build a 70-to-80-foot tall wall that will extend 1.15-mile-long underground along with the installation of filters that will remove 99% of the chemicals, something that hopes to fix the decades of groundwater contamination underneath the plant, which in 2017 after collecting samples at five wells near the river side of the plant showed between 11,800 and 61,300 parts per trillion of the compound GenX.

Although the N.C. DEQ suspended Chemours’s permit to discharge water in November 2017, there has been plenty of PFAS found regularly down the stream in neighboring utilities.

For the proposed filtering system Chemours plans on installing to remove the chemicals, the issue lies in how often the filters are changed because, if the limits of filtration are met, the plant has the right to not change the filters out. Also, if the stormwater system doesn’t meet the requirements to stop PFAS from entering the water down the stream, the carbon filters will be clogged with the chemicals forcing the company to replace them at a cost to customers.

At an estimated cost of $310 million, the proposed wall does not come close to the company’s total sales of $1.8 billion and it is just over what they made in the first quarter of 2022.

Chemours have the responsibility and the money to do more than a wall because the real cost should not be how much money a company is able to make, but instead the cost of destroying the environment and taking the health and lives of people in North Carolina.