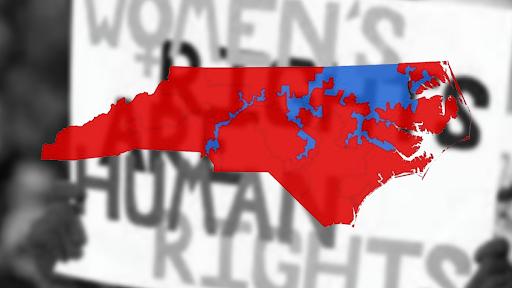 In the past few months, several public opinion polls have found that Americans say abortion should be legal in all or most cases and believe that “the decision about whether to have an abortion should belong solely to the pregnant woman.” Yet, Republican-led legislatures in many states have increasingly proposed or passed laws stripping away reproductive rights.

With Republican politicians repeatedly pushing forth controversial and wildly unpopular pieces of legislation despite the criticism from their constituents, the role of heavily partisan gerrymandering has been put into the spotlight.

As the Associated Press reports, in June 2019, the Supreme Court decided that it has no role in restraining partisan gerrymandering – resulting in several state legislatures becoming more heavily partisan than the state’s population as a whole.

Partisan gerrymandering became a hot ticket item again when politicians used the 2020 census data to redraw districts for the next decade. In North Carolina, experts found that state Republicans crafted racially and partisan gerrymandered maps that would have given the party a clear advantage in several congressional districts. The congressional map was rejected by the state Supreme Court, but the Senate and House maps remain.

In other states, partisan gerrymandered maps gave Republicans an upper hand and established their foothold in influencing controversial policies – arguably becoming the reason that abortion is illegal within those particular states, according to Chris Warshaw, a political scientist at George Washington University in an interview with AP.

According to a 2016 analysis by Rewire News, 22 states had passed new restrictions on both voting and abortion since the 2010 election. Coincidently, the majority of voters that strongly support abortion rights—such as women, young people, and voters of color—are among the most likely to be impacted by tactics such as gerrymandering, Mother Jones reports.

“There is a direct line between gerrymandering and extreme policy outcomes,” stated David Daley, author of Ratf**ked: Why Your Vote Doesn’t Count in an interview with The Guardian.“Not only does gerrymandering create the circumstances that elect such extreme legislatures.”

States with Democratic governors and democratic majority legislatures have passed laws in support of reproductive rights and securing health care access for those who need it.

But for states with legislatures heavily skewed by voter suppression and gerrymandering, maintaining abortion rights for the future will be determined at the ballot box. For North Carolina, and many other states, the 2022 election will be far more important than ever as voters will have the chance to protect their rights by electing pro-voter elected officials who will be able to change the landscape.