The 1898 Wilmington Massacre Was Anything But A Love Story 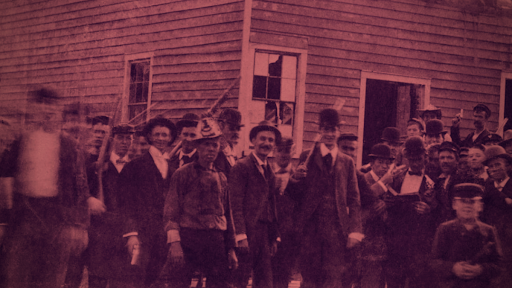 The John Locke Foundation, a far-right organization, has recently announced that they will be producing a short film about the first coup to take place on American soil – the Wilmington Massacre. However, instead of depicting this horrifying event as the massacre that it truly was, the conservative minds of the John Locke Foundation thought it would be best to tell this story through a “captivating, fast-paced love story”.

Anybody who knows anything about the Wilmington Massacre knows that above all else, it was not a love story. Unfortunately, many people, including many North Carolina natives, do not actually know about the events that took place in Wilmington back in 1898.

In recent years, North Carolina has positioned itself as being one of the most progressive states in the southern United States, relative to our neighbors, that is.

Yet the events in 1898, much like other events, remind us of the importance of learning from our past in order to achieve a more just, and equitable society.

Although much of the massacre has been whitewashed, outright erased from school curriculums, or as the Locke Foundation is attempting – altered, more and more North Carolinians are uncovering the truth about the horrific coup.

In an orchestrated response to the rise of a thriving Black community with growing political power in a southern city, on Nov. 8, 1898, violent white supremacists attacked and killed Black citizens, banished locals from the city and overthrew the local government – placing their own candidates in the seats.

As noted by scholars, the massacre and coup marked a significant turning point in North Carolina’s and the United States’ history. The violent act was a direct threat to other local Black communities, and it indicated the start of Jim Crow laws in the state, which prompted increased racial segregation.

Despite its startling impact reverberating to generations of Black residents for decades to come, the white supremacist mob was cast as heroes in history textbooks for decades, with Wilmington’s thriving Black community wrongly described as instigators.

According to The Atlantic, it took nearly a century for the public to become aware of what had really happened.

The Film and Why it Matters

The timing of this film is not coincidental. A violent mob of white supremacists attacked the Capitol building on Jan. 6, 2021, and yet, a significant number of Republicans refuse to acknowledge the gravity of this event by labeling it a “protest”. Many of them still insist that the 2020 election was stolen, despite the mountains of evidence that show that the election was fair and valid; a few of those Republicans are even running for office in North Carolina.

However, this film is also being produced at a time when education in our country is under attack. For months, far-right politicians and activists have been chipping away at what little history American students are learning, particularly, Black history. By reframing the uncomfortable parts of our nation’s history as Critical Race Theory, many educators across the country have been hesitant to teach accurate history due to fear of being accused of radicalizing children.

The Wilmington Massacre was a devastating blow to what could have truly been something special, something far more special than a fictional love story. North Carolina had a chance to be a progressive state that had elected officials that actually represented the people they were elected by, and that was stolen by violent, petulant white supremacists who were willing to murder hundreds of people to keep their power.

Reframing the massacre as a love story is not only an insult that disrespects the complex history of our state, but it’s also a blatant lie. A lie meant to trivialize and romanticize a violent piece of history and act as a soothing balm over the scorching burn that the January 6th insurrection left on our country. A lie meant to teach young children that “these things happen” and the parts of history that are hard to look at aren’t worth talking about.

Opinion writer for The Charlotte Observer Paige Masten summed it up best: “What happened in 1898 wasn’t a love story, and it’s absurd and callous to rewrite it as such. There’s nothing romantic about institutionalized racism. And most of all, we shouldn’t care about it simply because it was an “important historical event.” We should care about it because it was a violently racist insurrection that made North Carolina a white supremacist state — the remnants of which are still present today.”

Read more from The News & Observer.