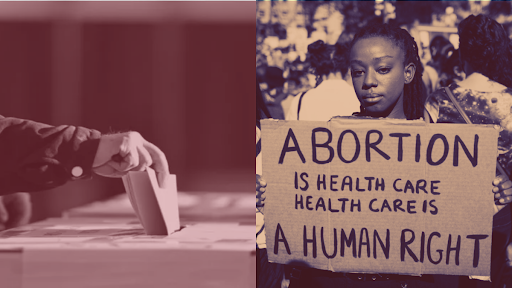 Following the U.S. Supreme Court’s decision on June 24 to overturn Roe v. Wade and take away the bodily autonomy of every person with a uterus in America, the importance of this November’s midterm election has grown exponentially.

Republicans control the legislature in North Carolina but Democratic Gov. Roy Cooper holds veto power that he has wielded before to keep radical Republicans in check – but Cooper’s ability to stop the most harmful legislation from becoming law could come to an end after this fall’s election if Republicans gain a supermajority in the General Assembly.

North Carolina Republicans are counting on getting that supermajority. According to WRAL, top Republicans said they will wait until January – the first legislative session after new members are seated – before taking on new abortion laws. The only way their legislation has a chance of becoming law is if they have enough members to override the governor’s veto. If Republicans gain just two more seats in the senate and three in the house they will have the supermajority needed to basically pass any laws they want to and then override any vetos from Cooper.

With that in mind, WRAL put out a list of five North Carolina legislative races to watch that could determine whether abortion remains safe and legal here or if the Tar Heel state will join others in severely restricting or outright banning abortion.

First up is NC Senate District 17. Sen. Sydney Batch, a Democrat currently representing the southern Wake County district that stretches across Holly Springs and Fuquay-Varina, is hoping to keep her seat in her race against Republican Marc Cavaliero and Libertarian Patrick Bowersox.

Batch won an election for state House in the area back in 2018 and then lost her reelection bid in 2020. Cooper appointed Batch to the senate seat in January 2021 after Democratic Sen. Sam Searcy stepped down.

WRAL reported that the district appears to favor Democrats but could flip to Republicans if the fall election turns out to be a wave for conservative candidates.

It will be bad news if the district flips, especially when it comes to the future of abortion in North Carolina. Batch supports reproductive rights and recently received an award from Emily’s List for her work standing up for those rights. Cavaliero is anti-abortion and suggests that unwanted pregnancies and abortions could be reduced through “education, voluntary family planning, and contraception.”

WRAL next looked at Senate District 18. This district has an open seat thanks to newly drawn voting districts. The rectangular-shaped district runs from northern Raleigh through Granville County and all the way up to the Virginia border.

Democrat Mary Wills Bode will take on Republican E.C. Sykes, who lost to Democrat Elaine Marshall in the 2020 race for Secretary of State.

District 18 is another one that should slightly favor Democrats but is a prime candidate to go red in 2022 due to there being no incumbent and election conditions that, as of now, favor Republicans.

According to WRAL, Sykes “has put [abortion] at the forefront of his campaign. In a campaign newsletter, he recently praised lawmakers in Texas and Oklahoma as models for ‘standing up for sanctity of life.’”

In a newsletter the day Roe v. Wade was overturned, Bode cautioned that Republicans like Sykes will work to ban abortion in the state.

“At least eight states across the South are expected to outright ban or severely restrict access to reproductive care,” wrote Bode. “If the Republicans are in the supermajority next year, North Carolina will likely join those Southern states.”

Moving onto the North Carolina House, WRAL next looked at the race for House District 35, which covers northern Wake County, including the relatively conservative town of Wake Forest.

Abortion was a big focus in the 2020 race between the two candidates, WRAL reported.

The North Carolina Values Coalition, a right-wing and anti-abortion group, ran ads for Von Canon in the last election claiming that “out-of-state donors were helping Everitt because they wanted to protect Planned Parenthood,” according to WRAL.

Von Canon has a history of tweeting about abortion and gay rights, calling them both “indefensible.”

Everitt, on the other hand, made his position on abortion clear in a tweet: “Roe v. Wade has been the settled law of our land for 50 years and the court is wrong to take away these rights that generations have counted on. I oppose the politicians in D.C. and here in N.C. who are obsessed with making criminals out of women and their doctors.”

Shifting the focus east, WRAL next highlighted the race in House District 20, which is a very competitive district east of Wilmington in New Hanover County.

Incumbent Republican Rep. Ted Davis Jr. will have a close race on his hands thanks to redistricting. He will take on Democrat Amy DeLoach.

Davis won his race in 2020 against Democrat Adam Ericson by almost 11 points but DeLoach will have a solid chance of taking the seat from the incumbent Republican.

In a Facebook post, DeLoach called the Supreme Court’s decision as a “devastating blow to reproductive rights and Americans’ fundamental freedom to make their own health care decisions.”

She went on to write that the decision “is the direct result of the radical right’s unrelenting, decades-long, radical war on health care and the right to choose” and that “abortion remains legal in North Carolina, and we must fight to keep it that way.”

On his campaign website, Davis highlights his record of trying to limit abortion in the state. He previously supported legislation to prevent abortions after 20 weeks of pregnancy “unless it is necessary to prevent a serious health risk to the unborn child’s mother.”

The final race WRAL looked at was the contest for House District 98 north of Charlotte in Mecklenburg County. It features two candidates who are very familiar with each other. Incumbent Republican Rep. John Bradford and former Democratic Rep. Christy Clark will face off for the third election in a row.

Clark tweeted shortly after Roe v. Wade was overturned that Bradford “will undoubtedly lead the charge to ban abortion.”

Clark called her district “[one] of the most flippable House races.”

In 2021, Bradford led the effort to ban abortion providers from performing the medical procedure for women who made the decision to get an abortion based “on the unborn child’s race or a Down syndrome diagnosis,” according to WRAL.

Cooper vetoed the bill after it passed through the legislature, calling it unconstitutional and saying that it “damages the doctor-patient relationship with an unprecedented government intrusion.”

It’s common, and honestly quite tiresome, that politicians seem to call every election “the most important election of our lifetimes,” but that might be close to true this November. The future of abortion in North Carolina and across the country will now be on the ballot – and that’s just the beginning of the fight.

If Justice Clarence Thomas has his way, the Supreme Court will soon reconsider constitutional rights to same-sex relationships, same-sex marriage and even access to contraception.

If that happens then North Carolina Republicans will feel even more emboldened to take away our rights.