The NCGOP’s Fight To End Free and Fair Elections 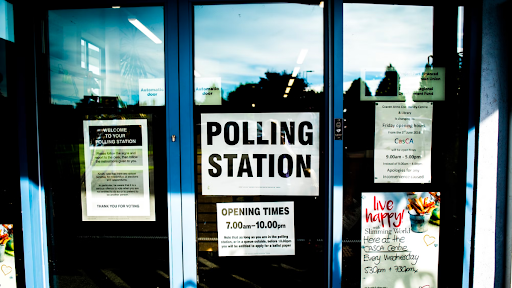 With the country still reeling from the recent decision by the U.S. Supreme Court to overturn Roe v. Wade, SCOTUS has quickly moved on from diminishing reproductive rights to diminishing democracy as a whole. The conservative majority court has decided to take up the North Carolina case Moore v Harper which deals with newly drawn voting district maps for North Carolina’s congressional seats.

The NCGOP-drawn maps were so overwhelmingly gerrymandered in their favor that the state Supreme Court ruled Republicans in the legislature “violated multiple provisions” found in the state’s constitution. Led by House Speaker Tim Moore, the NCGOP appealed the ruling to the Supreme Court, arguing that the North Carolina state Supreme Court did not have the authority to review legislatively drawn maps, and that overall neither state courts nor state constitutions should have a say in how federal elections are run.

This argument is based on the independent state legislature theory, which, according to The Atlantic, is so far on the fringes of American judicial theory that even “its few proponents have struggled to dredge up even the barest scraps of case law and history to substantiate it.” The theory is based on a stark misreading of the constitutional provisions that assign responsibility for regulating federal elections – specifically the clauses that give power to the “legislature” of each state. Proponents of this theory argue that the clauses grant exclusive and essentially unlimited powers to those legislatures to run federal elections, which cuts out any of our ordinary systems of checks and balances of democracy.

Would-be election subverters utilized this theory in an attempt to overturn the results of the 2020 presidential election and it was a “key element of the litigation challenging which ballots should be counted in Wisconsin and Pennsylvania”. SCOTUS rejected the challenges in the fall of 2020, but according to The Atlantic, “Justice Samuel Alito, joined by Justices Clarence Thomas and Neil Gorsuch, wrote a “statement” validating the theory, in addition to dissents and concurrences to similar effect… In doing so, these justices had, by the sheer power of their office, converted nonsense hastily cobbled together for desperate legal challenges into a litigation position that wouldn’t lead to the lawyers getting sanctioned. And they emboldened the North Carolina gerrymanderers to try their luck with the U.S. Supreme Court after they struck out with the North Carolina Supreme Court.”

In March, NC Republicans made an emergency request for SCOTUS to rule on the case and originally the Court decided against it. But, the same three justices – Alito, Thomas, and Gorsuch – wrote a dissenting opinion in which they said they would most likely side with the NCGOP on the independent state legislature theory.

If the Court allows this theory to become law, not only would states essentially be able to openly gerrymander but could potentially allow state lawmakers, not the courts, to be the judges in any election disputes. States could be free to overturn election results without any repercussions.

Given that this theory has been debunked time and time again, it’s easy to think that it will be easily dismissed. But Justices Alito, Thomas, and Gorsuch seem eager to give the baseless theory its day in court. Hopefully, as the case gains more attention it will also gain more public scrutiny and it will become clear that this theory is unsupportable and would only serve to end free and fair elections.

Read more from The Atlantic.