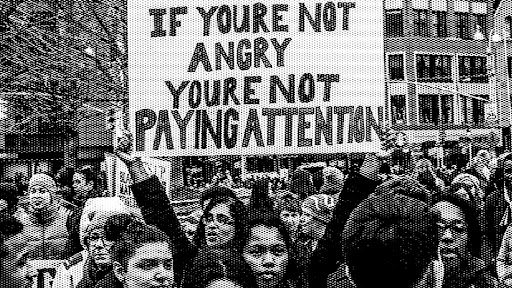 Republican North Carolina House Rep. Larry Pittman is in the news for a bill he filed 18 months ago that calls for a constitutional amendment allowing “deadly force” to be used against a person providing or seeking an abortion.

Pittman is infamous in North Carolina political circles for making controversial statements, as well as filing and co-sponsoring outrageous bills that have no shot of getting passed – something even Pittman knows.

“A lot of my bills have not even been given a hearing,” he said at a rally for his pro-murder bill last year.

Pittman’s bills are so extreme that the majority of his fellow Republicans don’t even give them the time of day, Western Carolina University political science professor Chris Cooper told The News & Observer.

“[House Bill 158] had zero chance of passage from the moment Larry Pittman thought of it,” he said.

Even if the bill had been passed by Republicans, and even if they had a veto-proof majority, North Carolinians would still need to vote to approve HB 158 before any changes could be made to the state Constitution.

According to Cooper, the point of filing bills as absurd as the ones Pittman introduces is simply to get noticed and make a point, no matter how outlandish that point is.

It’s up to the rest of the House Republicans to ignore Pittman’s antics so they don’t get caught in a losing battle.

Why? Losing is a bad look, Cooper told The N&O.

“The Republican majority, even if they wanted this bill, which I don’t believe they did, would know that it wouldn’t pass and so they’re not going to bring it up for the same reason that they’re not going to even try to move on abortion and get vetoed by Governor Cooper,” he said, “because it just doesn’t look good to lose.”

With that in mind, what is even the purpose of filing such a bill?

According to an editorial in The N&O, the reason for filing HB 158 is the same reason Republicans in the General Assembly passed the “Born Alive” bill in 2019 – “to further stigmatize abortion and scare people who may need one.”

As a reminder, that bill was written to address the scenario where a baby is “born” after an abortion procedure – something that rarely ever happens and was also already covered by both North Carolina and federal laws. Cooper vetoed the bill.

It’s now 2022 and about half the country has either outlawed abortion or is set to do so soon after the U.S. Supreme Court overturned Roe.

Abortion is still legal here in North Carolina, but Republicans are already working on plans to take away the reproductive rights of their constituents in 2023.

Shortly after the Supreme Court’s ruling, Republicans in the General Assembly asked Attorney General Josh Stein to reinstate a 20-week abortion ban that had been blocked by a federal judge in 2019.

The judge in that case ruled that the ban violated Planned Parenthood v. Casey – a ruling that has just been overturned.

Stein told Republicans that his office would not ask a federal judge to reinstate the ban.

“The Department of Justice will not take action that would restrict women’s ability to make their own reproductive health care decisions,” according to a statement from Stein. “Protecting that ability is more important than ever, as states across the nation are banning abortions in all instances, including rape and incest.”

Republicans threatened legal action. On the night of July 28, a right-wing legal group filed a friend-of-the-court brief on behalf of Republican leadership in the General Assembly asking a federal judge to reinstate the 20-week abortion ban in North Carolina.

No decision has been made at this time. Regardless of what the judge rules, extremist Republicans will continue their efforts to completely outlaw abortion procedures in the state.

Republicans currently have majorities in both the state Senate and House, but they don’t have the supermajority necessary to overrule the governor’s vetoes. That could change after this fall’s election. If Republicans get a supermajority they will almost certainly pass a bill banning abortions in North Carolina. A veto-proof majority would give Republicans the power to pass pretty much anything they want with only the courts there to potentially stop them.

Pittman is retiring at the end of the year. His replacement is running unopposed.