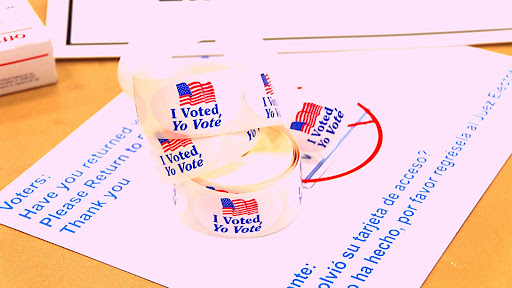 The meeting of the National Association of State Elections Directors warned about the increase in threats from inside election offices and the possibility of a paper shortage in the next coming election cycles.

Since 2020, election workers – from poll workers and ballot counters to county clerks – have endured continuous threats and attacks from Trump supporters and Republicans, inspired by Trump’s divisive rhetoric to overturn the election to his favor through false allegations.

The result – a campaign of intimidation toward public servants who are dedicated to protecting our right to vote and conducting a secure election for all eligible voters.

While several instances of election official intimidation and threats have made headlines across the country, particularly in the recent January 6 hearings, North Carolina Republicans have attempted to peddle the same Trump-led lies for their own benefits.

According to a report by Reuters, the chairman of the Surry County Republican Party, William Keith Senter, attempted to intimidate an election official unless she aided in giving him unauthorized access to official voting equipment.

Reporting from WRAL found that Senter is one of several people who have been pushing Trump’s false allegations around the 2020 election in Surry County.

“It’s a shame, that it is being normalized,” stated Michella Huff, Surry County Elections Director in an interview with Reuters. “I didn’t expect to get it here in our county. We are just trying to do our job by the law.”

A survey from the Brennan Center for Justice found that nearly 8 in 10 local election officials feel that threats against them and their colleagues have increased in recent years, and a majority are either “very” or “somewhat” concerned about the safety of their fellow administrators.

As extremist-led threats from Republicans increase, more and more states are considering protections for elected officials. About 10 states, primarily Democratic-run states, are pushing forth measures that would increase criminal penalties for those who threaten election officials and add additional protections.

Democrats in North Carolina have recently introduced an act that would make intimidating or threatening election workers with the goal of interfering with their official duties a crime. The act would also help protect voters from coercion before or on Election Day, among other measures.

Read more at The Pulse.