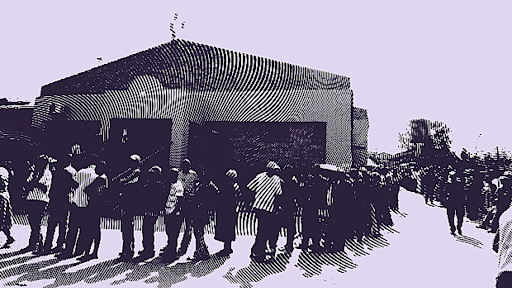 As extremist-led threats toward election workers heighten, Republicans are compounding the issue of intimidation with criminal penalties that will target election officials in 12 states.

Republican-controlled states have enacted a majority of these criminal penalties that range from low-level misdemeanors to felonies punishable by up to 20 years in prison. These penalties can target anyone involved in the voting process, whether you are voting, an election official, or someone who is giving assistance.

According to an analysis by States Newsroom and the Voting Rights Lab, 26 states have enacted or increased the severity of 120 election-related criminal penalties since the 2020 election.

“These are coming out now in complete defiance of reality,” stated David Becker, Executive Director of the Center for Election Innovation and Research. “Instead of throwing a parade for these people and thanking them for their service, they’re being targeted with these new criminal penalties and new police forces focused on their efforts, because of a lie.”

Trump’s Big Lie and his allies who spread his false claims fueled threats against election workers, introduced anti-voter measures and helped fueled a violent attack on our U.S. Capitol to interrupt the peaceful transfer of presidential power.

These false claims have continued to spearhead efforts by Trump Republicans to criminalize election workers for doing their jobs and undermine the election process.

“It’s a lot of political theater,” stated Jonathan Diaz, voting rights counsel with the Campaign Legal Center. “This is almost entirely politically motivated because there’s just no evidence to suggest that there’s a need for any of this.”