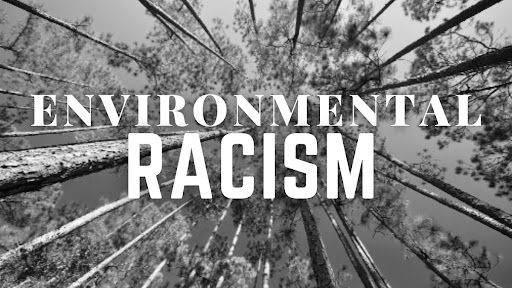 Princeville, North Carolina, was the first town ever to be incorporated by Black people freed from slavery, but the town’s incredibly important history is being washed away more and more every year – literally.

According to WRAL, Princeville is one of the poorest towns in North Carolina and it’s partly because of Mother Nature – but some historians say the story of the town is actually one of environmental racism.

Like many other historically Black communities that started up following the Civil War, Princeville was built in an area considered undesirable by white landowners and one that would end up being extremely costly to the residents there.

According to historian and North Carolina Museum of History curator Earl Ijames, newly-freed men and women chose the area because of a place called Freedom Hill, which was at a slightly higher elevation and where the Union Army camped following the war. Freedmen flocked to the area and sought protection at the camp.

As mentioned, the area around Freedom Hill was considered undesirable by white landowners – and the reason was that it was on a flood plain.

According to Ijames, allowing Black people to settle on land in environmentally undesirable locations was “common practice” following the Civil War.

Ijames compared the practice to redlining, which is an often racist practice in which services such as mortgages or insurance are withheld from potential customers who reside in neighborhoods classified as risky to invest in. These areas usually have large numbers of racial and ethnic minorities.

Research from 2021 shows neighborhoods that were impacted by redlining in the early 1900s “face a far higher risk of flooding today,” WRAL reported.

Black families began to settle in the area of Freedom Hill and along the banks of the Tar River. It was at this time that a man by the name of Turner Prince, a carpenter who had been freed from slavery, started building homes. The town was named in honor of Prince.

Just over 100 years later, the town of approximately 2,000 people lost 700 homes in Hurricane Floyd. The historic cemetery in the town was also badly damaged and more than 100 people buried there were unearthed during the floods that resulted from Floyd.

As part of the event, Ijames planted a Longleaf Pine, which he called “a simple gesture with a profound impact.”

Ijames told WRAL that Longleaf Pine forests once played a critically important role in eastern North Carolina’s environmental history – and would today as well if they still existed in the numbers they used to. Around 90 million acres of Longleaf Pine forests stretched from Texas through most of North Carolina and into Virginia. The trees are now close to extinction.

To some, planting a single tree might not sound very impactful, but according to Ijames, the Longleaf Pine is what previously protected places like Princeville from hurricanes and floods.

“One of the reasons we flood is the original forest tree has been obliterated,” Ijames explains. “Pine roots go deep and soak up water. They aren’t as likely to fall in a hurricane.”

According to Ijames, our state’s cultural and natural history are dependent on each other.

“The two are interlinked,” he said.

Ijames encourages people to plant their own Longleaf Pine.

PrevPreviousRural North Carolina Communities Need Investments In Healthcare
NextReinstated 20-Week Abortion Ban Will Have Impact On North Carolinians, Others In The SouthNext