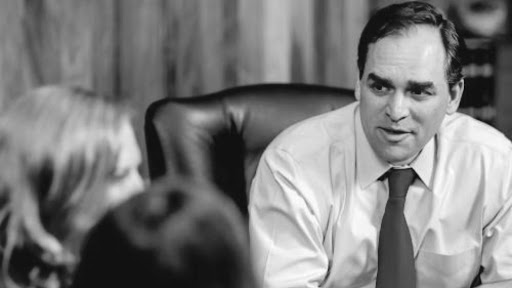 Trump-endorsed MAGA Republican Bo Hines, who has already found himself in hot water several times during his run for the U.S. House in the competitive and extremely important 13th Congressional District, has a bit of a cash problem, according to Axios.

Although both candidates have raised nearly the same amount of money overall – $1.8 million for Nickel and $1.7 million for Hines, Nickel has more than $510,000 in cash on hand compared to just $103,000 for Hines.

FEC data shows that between April 28 and June 30, Hines slightly outraised Nickel ($347,000 to $338,000) but close to half of Hines’s total came from money he loaned to himself, likely from a trust fund that pays him between $100,000 and $1 million a year. Hines does not appear to have a job or any other source of income, according to financial disclosures.

Unfortunately, when it comes to American politics, cash is king, and many times, those with the most cash come out on top on Election Day. With that in mind, it’s important that Nickel continues to raise money from donations while Hines continues to loan his own campaign money to stay competitive in fundraising.

It’s vital that Hines loses because this race will play a big role in determining whether or not Democrats will stay in control of the House for President Joe Biden’s final two years in office, not to mention the fact that North Carolinians simply don’t need another right-wing extremist representing them in Washington.

Although Biden’s approval rating is historically low for this point in his term at -19 percentage points, there’s a bit of good news for Democrats on the national level, according to FiveThirtyEight. Generic congressional ballot polling shows Republicans with just a 1.1 percentage point advantage over Democrats.

Fundraising numbers in North Carolina and across the country look surprisingly good for many Democrats, at least on the federal level. For example, North Carolina’s Democratic U.S. Senate Candidate Cheri Beasley set an all-time fundraising record in July when it was announced she had raised $7.42 million in the second quarter of this year.

According to Politico, “Democrats see [the fundraising numbers] as a sign of momentum after the Supreme Court struck down Roe v. Wade last month and an uptick in their chances of keeping the Senate.”

The fundraising numbers in the Nickel-Hines race could see a quick turnaround in favor of Hines as U.S. House minority leader Rep. Kevin McCarthy is expected to campaign with Hines in Raleigh at some point in August, Axios reported. The move shows that national Republicans are taking the 13th District race seriously.

Democrats, too, are taking the race seriously. The 13th District was listed by the Democratic Congressional Campaign Committee (DCCC) as one of the party’s top races they’ll be focusing on. Nickel’s campaign told Axios that the Democratic Party “will make the needed investments to defeat MAGA Republican Bo Hines.”

Hines has not hidden the fact that he’s an extremist, but the hope is that he proves to be too far-right even for the Republican-leaning district that includes all of Johnston County, southern Wake County, and parts of Harnett and Wayne counties.

Nickel does not have an easy task ahead of him, but his campaign could certainly highlight the fact that Hines will just be another Rep. Madison Cawthorn, a man who went from young right-wing poster boy to party pariah and a total embarrassment in less than one full term in the House.

Much like Cawthorn, who is now in serious trouble after spending nearly $5,000 of general election campaign donor money (that he can’t afford to pay back) on Chick-fil-A and Mexican food – not to mention $21,000 on hotels in Florida – Hines has also had some trouble with money.

Back in June, Hines put himself on the FEC’s radar due to what The News & Observer called “Bad math, unexplained spending and vague explanations” in his campaign’s finance reports.

In June, the FEC sent his campaign treasurer, Jason Boles, a letter highlighting “five types of errors in a report the campaign filed in April.”

The FEC also found that the campaign paid “18 people or companies without providing the purpose of those payments on campaign reports.” Some of those who received payments were paid multiple times.

June’s money issues came the month after Hines was busted after handing out Chinese-made hats to voters at a Johnston County event, WRAL reported. The fact that something was made in China is obviously not surprising, but for a candidate who says that he will “build an America-first economy” and “fight for and support American infrastructure,” handing out hats likely made by children 7,000 miles away, and not by American adults paid a living wage, is a bad look.

For a man who said that he and Rep. Madison Cawthorn are “nothing alike” other than their “age and our social conservative values,” Hines isn’t making a very good case for not being Cawthorn 2.0. Both men are inexperienced, unqualified, right-wing extremists with questionable ethics and terrible politics that only serve to divide Americans and destroy democracy.