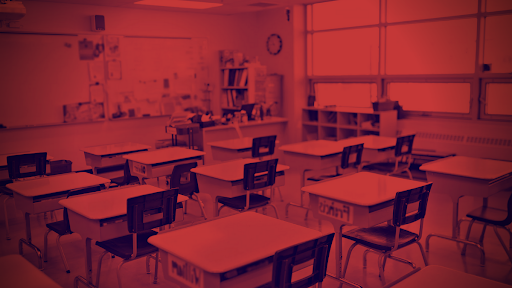 The state’s largest school system, Wake County Public Schools, currently has more than 1,800 job openings – more than 740 of them for elementary through high school teaching positions, according to the district’s jobs website.

Wake County Schools spokesperson Lisa Luten told The News & Observer last week that the district’s website hadn’t been updated with the latest hiring information and that the number of open teacher positions is actually closer to 400.

Whether it’s 740 or 400 open teaching positions, the traditional calendar school year begins on Aug. 29 and there’s not a lot of time to find that many new teachers – and that’s just in one school district in the state.

The most important questions right now are:

The answer to the first question is relatively straightforward – North Carolina doesn’t pay teachers well (34th in the nation) and there are few, if any, other incentives for young people to join the profession or for experienced teachers to stay here. In fact, according to a survey earlier this year, more than 107,000 North Carolina teachers, librarians, school counselors, social workers and psychologists said they planned to quit before school starts back up later this month. Respondents who said they planned to quit cited low pay, too much stress and unmotivated students as their reasons for leaving.

The News & Observer spoke with Cinnamon Frame, a 23-year teaching veteran with experience at Johnston County charter schools and in the Wake County Public School System, said she’s eight years from retirement and is going to teach until then even though she could end up making more money with another job.

“There are very few careers I could switch to where I’d make more money initially, but after a few years, I probably would,” Frame told the paper. “My daughter has been working for five years, since graduation. She’s making way more money than me.”

Frame’s daughter isn’t teaching like her mother – nor are many people her age. What’s the incentive? As The N&O has reported, the state decided in 2021 that new teachers and new state employees would no longer be eligible for full health coverage after retiring. In addition, young people are not oblivious to the fact that teacher pay is low without any big increases on the horizon and they have also seen how North Carolina treats its veteran teachers.

According to The N&O, North Carolina used to have a “robust teaching fellows program” that was shut down in 2015 and then brought back in 2017 in a much, much smaller scope – in April, 119 teaching fellows were announced compared to the 500 that used to be given out as part of the old program.

Another factor, according to Frame, is the politicization of education by North Carolina Republicans focused on things like critical race theory and our state’s version of Florida’s “Don’t Say Gay” bill. Teachers don’t want to stay in their profession when they’re being used as pawns in a political chess game and new people don’t want to come to the profession just to be thrust into a manufactured controversy over topics that aren’t even being taught in schools.

We now have an answer for the first question, but what about the second question – how will these open positions be filled with qualified teachers?

The answer is very obvious and pretty simple – serious pay raises, good benefits and incentives (such as a restoration of full retirement health coverage), the state’s implementation of the Leandro school funding plan that has been in court for nearly 30 years, and the end of the state’s education system being treated as a political football by Republicans in the legislature.

The Leandro plan will be heard by the state Supreme Court during the week of Aug. 29. Unless the court ends up ruling that the money needs to be disbursed to school systems across the state, the odds of any of these solutions actually being implemented are extremely slim as long as Republicans control the General Assembly.