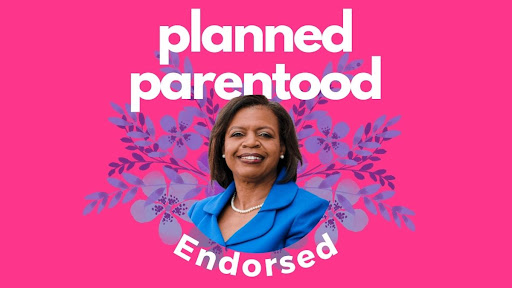 North Carolina’s Democratic U.S. Senate candidate Cheri Beasley received Planned Parenthood’s endorsement earlier this month and will soon be getting millions of dollars in support from the family planning organization, according to WGHP.

Planned Parenthood announced that they will spend $50 million ahead of November’s elections to support pro-choice candidates who are running in states where access to abortion will be on the ballot. A follow-up release from the organization specifically mentioned that a big chunk of the money will be used to support Beasley’s run for the Senate as part of their Take Control 2022 campaign.

North Carolina is one of just 29 states where abortions are still legal following the Supreme Court’s decision overturning Roe v. Wade. While abortion remains legal here, changes have already been made to the state law after United States District Judge William Osteen ruled earlier this month that abortions in North Carolina were no longer legal after 20 weeks of pregnancy.

The Aug. 17 ruling was a sharp turnaround from Osteen’s previous ruling in 2019 that halted the 20-week abortion ban in North Carolina. In the latest decision, the judge said that his previous ruling’s legal foundation was erased once the U.S. Supreme Court overturned Roe v. Wade in June.

Now that Roe is no longer the law, many Republican-led legislatures across the country feel as though they have free rein to strip away any and all reproductive rights that they want to get rid of – and that includes right here in North Carolina. If Republicans pick up five seats in the legislature this November they will then have a veto-proof supermajority, meaning that a veto by Gov. Roy Cooper on any kind of abortion legislation can simply be overturned by Republicans – and one of the state’s most powerful politicians has already signaled new restrictions are forthcoming if his party gets a supermajority.

Planned Parenthood is aware of this fact and they’re hoping their spending will be able to get Beasley over the line in her Senate race against anti-choice right-wing extremist Rep. Ted Budd. If more voters come out for Beasley, it’s possible that will also help down-ballot races involving other pro-choice candidates.

“Abortion rights are on the ballot in North Carolina, and whomever wins our elections will play a critical role in determining our ability to control our own bodies,” Emily Thompson, a spokesperson for Planned Parenthood, said in a release. “Planned Parenthood Votes knows what’s at stake for North Carolinians and will invest resources, time, and boots on the ground to elect reproductive rights champion Cheri Beasley to the U.S. Senate.”

Beasley had already received an endorsement from Planned Parenthood’s Action Fund in October 2021 and her campaign spokesperson told WGHP that she is the kind of candidate that voters want and can trust on important issues such as reproductive rights.

“North Carolinians want a Senator who will protect their constitutional freedom to make decisions for their own families,” said spokesperson Kelci Hobson. “As a former judge, Cheri spent over two decades protecting our rights and upholding the Constitution and she will continue to do that in the Senate.”

Beasley is a staunch supporter of reproductive rights and according to her website, “she supports the Women’s Health Protection Act, which would codify Roe v. Wade and protect reproductive rights so that women can get the care they need no matter where they live.”

Budd’s opposition to abortion rights is likely as strong as Beasley’s support for them.

The congressman called the overturning of Roe v. Wade “a historic victory,” putting him at odds with around 62% of the country and 55% of North Carolinians who support the right to an abortion. Budd has also previously stated his belief that abortion should be illegal even in cases of rape, incest, or where a mother’s life could be at risk.

Budd’s extreme positions, especially on the issue of reproductive rights, seem to now be stumbling blocks to a victory on Nov. 8 as recent polls have shown Budd’s lead disappear and Beasley’s numbers tick up. In one recent Blueprint poll, Beasley had 46% support to Budd’s 42%, and another poll, conducted by Cygnal and commissioned by the right-wing John Locke Foundation, found the candidates tied at 42% support each with 3% of voters choosing the Libertarian or Green Party candidates.

Political data organization FiveThirtyEight now has Beasley 0.1% ahead of Budd when averaging out all the polling. Budd had a 6.2% lead in average polling back in late May.

Beasley pulling even or surging ahead in the polls is clearly good news, but one important factor to remember is that these polls are showing a big chunk of undecided voters – 12% in the Blueprint poll and 13% in the Cygnal poll. In addition to a significant portion of voters having yet to make up their mind in the race, we still have around two months – an eternity in American politics – until early voting begins.
Right now, Beasley has the momentum and she can add Planned Parenthood’s big endorsement to an already impressive list of them.