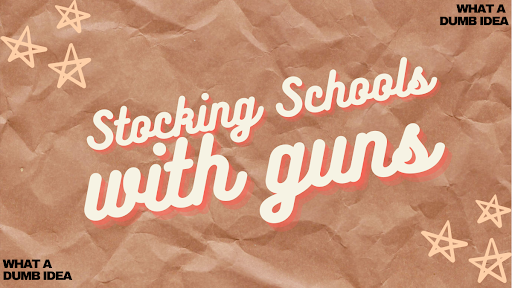 Schools in one North Carolina county will reopen on Aug. 22 stocked with AR-15 semi-automatic rifles and extra ammunition “to use in the event of an active shooter,” the Associated Press reported.

In response to the Uvalde, Texas, school shooting that left 19 children and two teachers dead back in May, Madison County Sheriff Buddy Harwood and school officials decided to put one AR-15 in each of the county’s six schools.

The rifles, according to Harwood, will be locked in a safe.

Citing a report from Texas officials following the elementary school massacre, Harwood said he wants his officers to be prepared to face such a situation.

“Those officers were in that building for so long, and that suspect was able to infiltrate that building and injure and kill so many kids,” Harwood told the Asheville Citizen-Times. “I just want to make sure my deputies are prepared in the event that happens.”

UNC-Chapel Hill School of Education professor Dorothy Espelage told WLOS-TV in Asheville that, through her decades of study and research on school and student safety and well-being, the most likely outcome of Madison County’s decision to put AR-15s in schools is “accidents” and “violence.”

“What’s going to happen is we’re going to have accidents with these guns,” she said. “Just the presence of an SRO increases violence in the schools. There’s more arrests of kids. Why is it that they have to have these AR-15s? It doesn’t make any sense.”

According to the sheriff, the safes holding the AR-15s will also hold extra ammunition and tools enabling SROs or other staff members to breach barricaded doors.

“We’ll have those tools to be able to breach that door if needed. I do not want to have to run back out to the car to grab an AR, because that’s time lost. Hopefully, we’ll never need it, but I want my guys to be as prepared as prepared can be,” he said.

Harwood went on to say that, despite how it might look to intentionally put rifles in schools, he believes it’s necessary.

“I hate that we’ve come to a place in our nation where I’ve got to put a safe in our schools, and lock that safe up for my deputies to be able to acquire an AR-15. But, we can shut it off and say it won’t happen in Madison County, but we never know,” Harwood said.

Read more from the Associated Press