In North Carolina, Reproductive Health Access Will Be Decided In Down Ballot Races

Home » Health » In North Carolina, Reproductive Health Access Will Be Decided In Down Ballot Races 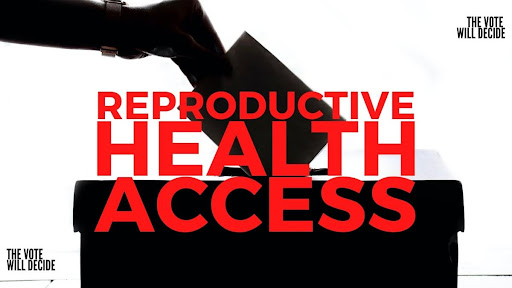 A recent article by Politico points out that, since the overturning of Roe v. Wade,  North Carolina is one of the only states left in the south that has not passed an extreme abortion ban. However, this midterm election could change that if Republicans gain a supermajority in the state legislature.

Currently, Gov. Roy Cooper’s veto power is all that stands in the way of new legislation that would restrict abortions even further. Republicans need only gain two Senate seats and three House seats to win the supermajority that would override any veto the governor issues.

“Our challenge will be to convince — or not to convince because it’s true — will be to tell people that any one of these individual legislature races is just like a constitutional amendment in Kansas,” Cooper said in an interview at the governor’s mansion, citing the failed ballot initiative in Kansas to eliminate abortion access in the state in August.

North Carolina State Senate District 18 is one of the most competitive districts in the state and Democrat Mary Wills Bode has been spending a lot of time informing voters about the importance of these down-the-ballot races that don’t generally get much attention.

According to Politico, she’s not talking about it “through a political lens” because “supermajorities, majorities, a governor’s veto — to be quite frank, that’s pretty inside baseball,” she said.

“These political insider terms, maybe, aren’t top of mind for most voters, but I can tell you what is top of mind: They want balance, they want accountability, and they want opportunities for compromise and debate in the legislature. So we talk about it in those terms,” Bode continued. “We’re really seeing concern, fear and mobilization from across the political spectrum.”

Restrictions on abortion have already gotten tighter in our state since the Dobbs decision as a federal judge allowed a 20-week ban to be reinstated. And states around North Carolina are going to continue to restrict access. Tennessee just outlawed all abortions with no exceptions for rape or incest and South Carolina’s state House just approved a law that would also ban any abortion with limited exceptions for cases of rape or incest.

“People are seeing what is happening across our country,” Bode said, “and they’re worried because they see themselves in these stories.”

There is no doubt that reproductive freedom is on the ballot this election. North Carolina has a lot to lose if Republicans gain control of the state legislature.  However, poll after poll shows that the majority of voters have agreed that they do not want abortions to be restricted in our state.

Since the Dobbs decision, North Carolina has seen a surge in women registering to vote. Reproductive rights are on the ballot, and races for the North Carolina state legislature could not be more important.