Polls In NC, Across The US Show Abortion As The Top Issue Among Likely Voters

Home » Politics » Polls In NC, Across The US Show Abortion As The Top Issue Among Likely Voters 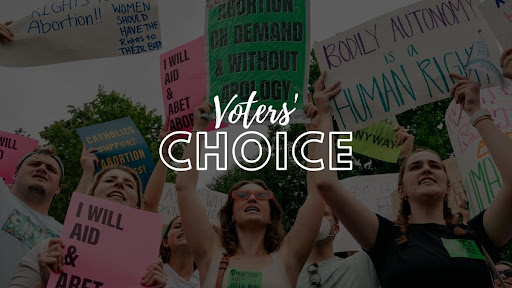 With the midterms less than two months away and the start of early voting just a few weeks from now, polling is giving us a clearer picture of what issue is likely to bring out the most voters – and the data shows that it’s likely abortion rights.

According to a CBS 17/Emerson College/The Hill poll of likely voters in North Carolina, the issue they’re most concerned about is the economy but the issue most likely to get them to actually cast a ballot is abortion rights.

The midterms, which the Republican Party and many election forecasters initially expected to be a slam-dunk for the GOP, have now turned into a nightmare for the party after the U.S. Supreme Court’s overturning of Roe v. Wade. Winning the Senate now appears to be nothing more than an unrealistic dream for the party.

North Carolina-based Republican pollster Paul Shumaker is warning GOP legislators that “voters are ready to punish the party for restricting access to abortion too much,” according to Politico. In a survey of 800 likely North Carolina voters, Shumaker found that only about 25% said that abortions should either not be legal in any circumstance or only be legal if the life of the mother is endangered. Even among Republicans, 60% don’t support such harsh restrictions.

Focus groups of Trump-to-Biden voters conducted by Engagious/Schlesinger also showed abortion as the top issue with “getting inflation under control” coming in second. Although the focus groups didn’t indicate if these voters would show up to vote specifically because of abortion, it did show that abortion rights were the top concern among these North Carolina swing voters.

“Several North Carolina swing voters indicated that when the Court overturned Roe, it inserted a major new consideration into their political decision-making,” said Rich Thau, president of Engagious, who moderated the focus groups.

It’s unclear why or how Republicans misread the political climate so badly following the Supreme Court’s decision, but what many GOP politicians thought was a cause for celebration appears to be turning into a recipe for losing elections.

Many Republicans across the country and in North Carolina are trying to “soften” their stance on abortion, or are simply pretending it’s not even an issue worth mentioning anymore. Then there are others, like North Carolina’s U.S. Senate candidate Ted Budd, who called the high court’s decision “a historic victory” and is now supporting a bill banning abortions in the U.S. after 15 weeks of pregnancy.

As is often the case in elections, turnout will be the key. The polling looks good for many candidates who support reproductive rights, but it’s going to take people actually voting in the upcoming election in order for these rights to be protected.