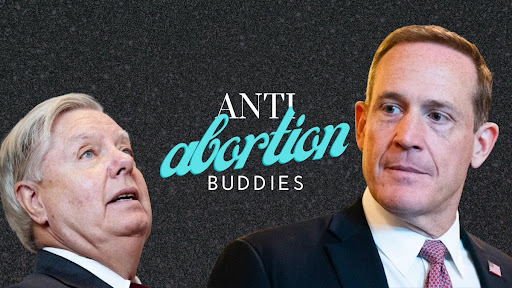 The bill, which was introduced by Republican Rep. Christopher Smith of New Jersey, is based on Sen. Lindsey Graham’s bill in the Senate that would ban abortions in the United States after 15 weeks of pregnancy. Just a few weeks ago, Graham said that abortion was a states’ rights issue, not a federal issue.

Budd, who is running for the U.S. Senate against Democrat Cheri Beasley, is a proud anti-choice Republican and has previously voiced his support for banning the medical procedure. What is interesting about his support for this particular bill is that just like Graham, and as recently as June, he called the issue of abortion rights one that should be up to “the people’s representatives in each state,” but Budd has now come out in support of the federal government making the decision on abortion rights for every person in the country.

Although the bill has support from dozens of Republicans in the House, the support isn’t there in the Senate. Influential Republicans like Sens. Mitch McConnell, John Cornyn and North Carolina’s Thom Tillis all declined to express support for it.

Not only does Ted “states’ rights” Budd’s support for the bill show that he’s a hypocrite, but the bill is also unpopular with Republican leadership, and most importantly, unpopular with North Carolina voters, a Republican pollster told Politico.

North Carolina-based Republican pollster Paul Shumaker is warning GOP legislators that “voters are ready to punish the party for restricting access to abortion too much,” according to Politico.

Shumaker, who is a longtime Republican consultant who works on races across the country, conducted a survey of 800 likely North Carolina voters and found that only about 25% said that abortions should either not be legal in any circumstance (Budd’s position) or only be legal if the life of the mother is endangered.

Even among Republicans, 60% don’t support such harsh restrictions. The poll also showed Beasley with a 42-41 lead on Budd.

The data comes as Republicans across the country are facing backlash from voters who are upset at the Supreme Court’s overturning of Roe v. Wade and at abortion bans that have been enacted in more than 15 states.

A recent CBS 17/Emerson College/The Hill poll found that North Carolina likely voters are most concerned about the economy (41%), but that abortion rights (59%) is the issue that will influence the most people to come out and vote in the midterms – and that’s potentially bad news for Budd and Republicans as a whole.

PrevPreviousNC Supreme Court Races Could Decide The Fate Of Election Laws, Reproductive Rights
NextPolls In NC, Across The US Show Abortion As The Top Issue Among Likely VotersNext