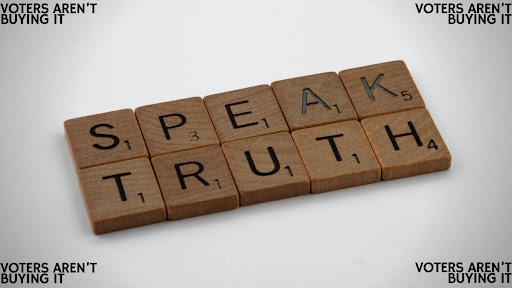 As prominent anti-abortion Republicans attempt to scrub away their extremist views, others are attempting to backpedal their tone towards anti-reproductive rights through a “more reasonable” approach.

According to an editorial piece from The News & Observer, state Republicans, who have historically pushed forth anti-abortion measures, are attempting to “convince voters that there’s room for conversation and compromise”’ expecting “North Carolinians to believe they might take a softer line — or at least negotiate in good faith on the matter”.

As the editorial points out, North Carolinians have seen past the facade, as many state Republicans celebrated the overturning of Roe v. Wade and hinted at enforcing stricter anti-abortion laws in the days following.

In late July, Moore stated that he believes abortion should be banned as early as six weeks, before most women know that they are pregnant, according to The News & Observer.

State Republicans’ campaign to erase reproductive rights resulted in a federal judge ruling that abortions in North Carolina are no longer legal after 20 weeks of pregnancy just last month, eroding protections in one of the South’s last remaining safe havens for reproductive freedom.

The erasure of reproductive rights is fueling millions of Americans to register to vote and turnout at the ballot box, as a majority, including in North Carolina, support abortion laws and protections.

Despite the shift in voters favoring Democrats, some Republicans, like Moore, are continuing to push forth bans, while others are refusing to relay their stance on the critical reproductive health service due to how unpopular the GOP-led measures are.

According to The News and Observer, state Republicans like E.C. Sykes and Mark Cavaliero are outright playing “political dodgeball”, as their statements on abortion have been unclear or unspecified.

Just months after the greatest Republican legislation victory in a generation, Republican leaders are backing away from their anti-reproductive rights stance, dodging questions from their constituents, and scrubbing away pro-life language on their websites.

It appears that all they are left with is a wake-up call and voters across party lines are charged up to protect their rights against erosive GOP policies.

PrevPreviousSo Far In 2022: Lt. Gov. Robinson Has Spent The Most Of Any Republican Statewide Candidate Or Officeholder
NextAlamance-Burlington Superintendent Removes LGBTQ+ BookNext