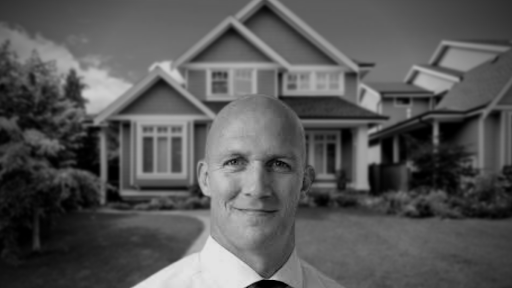 One of the right-wing Wake County school board candidates is facing an election complaint that claims they lied about where they live and also violated campaign finance report laws, The News & Observer has reported.

Steve Bergstrom, who is running for a seat against school board chairwoman Lindsay Mahaffey in District 8, located in southwest Wake County, is accused of violating election laws by using a home he no longer lives in as his address on campaign records.

The complaint with the North Carolina State Board of Elections (NCSBE) was filed by Holly Springs resident Jessica Smith, according to The News & Observer.

Smith is a volunteer on Mahaffey’s reelection campaign but told the newspaper that she filed the complaint on her own and never consulted Mahaffey about it.

Wake County’s school board is divided into nine districts. Board members are required to live within the district they’re serving.

Bergstrom ran against Mahaffey in 2020 and lost. When he filed to run against her again on July 8, he listed his address as a home in Fuquay-Varina.

As noted in Smith’s complaint, Wake County property records show that Bergstrom sold that Fuquay-Varina home five days after filing and never updated his address with the NCSBE.

Smith has accused Bergstrom of providing false information and violating state law because he never updated his campaign reports and continued to use his old address even after the home was sold.

“If you were a candidate, wouldn’t you cross all your I’s and dot all your T’s?” Smith said in an interview. “He says he’s all about transparency but this isn’t very transparent.”

It wasn’t until the end of September that state voter registration records showed Bergstrom with an address at an apartment in Holly Springs. Bergstrom told The News & Observer that he signed a lease at the Holly Springs apartment on Aug. 16.

He has appeared on FOX News to call for a “parents’ bill of rights” after a North Carolina preschool teacher used flashcards showing a “pregnant man” and he has also complained about students wearing masks in school during the COVID-19 pandemic.

Bergstrom also claims that “Critical Race Theory and inappropriate curriculum [is being] offered in Wake schools” and that Wake County school libraries have “pornographic material” available to kids.

The News & Observer reported that Greene’s speech at the fundraiser “repeated false claims of widespread fraud in the 2020 presidential election, doubled down on conspiracy theories surrounding COVID-19’s origins and said the Jan. 6 insurrection at the Capitol was ‘meaningless’ in regular life.”

Voters in Wake County need to do their research before choosing who should be making decisions that will impact their children.