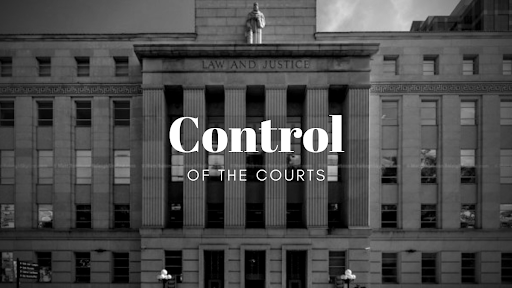 In this year’s midterm elections, North Carolina voters will be able to decide the future of the state’s highest court – keeping the Democratic majority on the state Supreme Court or shifting it to Republican control for the first time in years.

The future of abortion access, voting rights, fair maps, and many other issues are at stake.

In the last few years, the state Supreme Court has taken up cases involving criminal justice, the controversial voter ID to redistricting, and ruling on whether a gerrymandered legislature can claim to represent North Carolinians.

According to The News & Observer, several key issues will make their way in front of the state’s high court in the coming year, including:

▪ Limits to what teachers are allowed to say about racism and LGBTQ+ people.

▪ Changes to health care policy being discussed alongside Medicaid expansion

As state Republican legislators allude to pushing forth extremist measures, such as abortion bans, the state Supreme Court will be the last defense to protect North Carolinians against harmful and discriminatory laws.

In addition, the justices are the final defense against Republicans passing heavily racial and partisan gerrymandered maps.

If Republicans win a majority on the state Supreme Court, the court could reverse its stance on fair redistricting, election laws and other issues.

“You never know, but the state oversight over gerrymandering would likely go away,” stated Mac McCorkle, a Duke University professor. “So Republicans in the legislature could come in and draw much more aggressive maps.”

The two Democratic candidates, Judge Lucy Inman and incumbent Justice Sam Ervin IV, have underscored their refusal to be influenced by partisan politics. Amid efforts by Republicans to politicize the court, electing justices who are committed to remaining fair and impartial will be crucial in ensuring the integrity of the high court.

“When North Carolina Republicans legislated partisanship into our judicial elections in 2018, they put their thumbs on the scales of justice,” stated North Carolina Democratic Party Chair Bobbie Richardson. “If the overturning of Roe v. Wade spoke to anything, it’s that partisan justice is not what the people of this state and country want or deserve”.