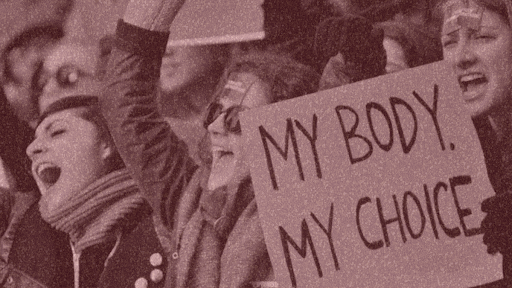 With just weeks away from election day, key issues such as the future of reproductive rights may be determined in this year’s midterm elections.

“It’s been three months since the U.S. Supreme Court ripped away the constitutional right to reproductive freedom that women have relied on for five decades. Three months since it became a state decision whether women can access reproductive health care,” stated Cooper. “I will never back down when women’s health is on the line. But my veto is only effective when I have the votes in the legislature to back me up. That means we have to elect the women standing here with us today. These races will be close. Every single vote matters.”

As Republicans across the U.S. roll out anti-abortion measures, including in North Carolina, voters will have a chance to defend their rights at the ballot box in November.

Since 2011, state Republicans have dominated both chambers of the legislature, allowing them to push forth controversial conservative policies and abortion restrictions.

State Republicans are just five seats away from a supermajority that they will need in order to nullify the Democratic governor’s veto – essentially giving Republicans a chance to pump out new, anti-abortion laws now that the fate of reproductive rights lies in the hands of the states.

“Across the nation, the full spectrum of reproductive health including abortion is under attack. Even in a state with a great pro-choice Democratic governor like Governor Cooper, a Republican supermajority could pass extreme bans and override the governor’s veto,” stated EMILY’s List President Laphonza Butler. “That’s why here in North Carolina, we know that these legislative races can make all the difference in protecting abortion rights and protecting essential healthcare options for all women in this great state.”

According to the State Board of Elections data, more than 30,000 North Carolinians have registered to vote since the Supreme Court abortion ruling, with women slightly outnumbering men.

Across the U.S., women in numerous states just like in North Carolina, are registering to vote in record numbers post-Supreme Court decision – signaling that Republicans’ effort to strip away reproductive rights has galvanized millions to make their voices heard.

“I think this was a wakeup call for women who, of course, know their bodies better than any lawmaker ever could,” stated Gaile Valcho, a 58-year-old mother and autism outreach coordinator in Holly Springs.

Read more from the Associated Press.