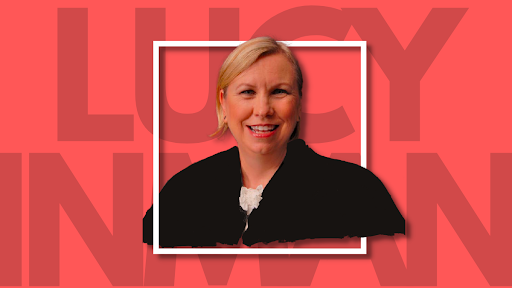 Court of Appeals Judge Lucy Inman is running for the state Supreme Court against Richard Dietz.

Raised in Raleigh, Inman received a degree in English at N.C. State and became a local news reporter. During her time covering the court system as a reporter, Inman became inspired to participate in the justice system, leading her to attend law school at UNC.

Since her first job as a law clerk for North Carolina Supreme Court Chief Justice Jim Exum, Inman has garnered a wealth of experience, practicing civil litigation for 18 years and presiding over thousands of cases before getting appointed by former Gov. Bev Perdue to the Superior Court in 2010.

As a judge, Inman has a track record of being dedicated to the rule of law and has garnered support from several organizations such as North Carolina Advocates for Justice, Durham Committee on the Affairs of Black People, Planned Parenthood, and North Carolina Asian Americans Together in Action. Inman has also received endorsements from numerous retired and former judges ranging from the state Supreme Court to district courts.

“Judge Inman has a strong record of following the law and applying it equally to every party before the court, free of political influence. That is why I and other retired judges across the state endorse her candidacy for the North Carolina Supreme Court,” wrote James Exum, Jr. Retired Chief Justice, Supreme Court of North Carolina.

Amid ever-growing politicization of the state courts, Inman has signaled to bolster the state court’s integrity and refuses to be influenced by partisan politics, stating, “I am prepared to collaborate, but also to honestly discuss differences and to help make decisions that find common ground narrowly rather than making radical change, so we can have the stability that our democracy requires of our Supreme Court.”

Inman has also acknowledged long-standing systemic racism plaguing the justice system, calling for reforms and highlighting that, “Denying the problem prevents us from addressing it and undermines public confidence in our justice system”.

In the coming months to years, North Carolina justices could rule on important issues like voting rights, reproductive rights, gerrymandering, and many others. If Republicans win both state Supreme Court seats, the high court will lean towards a 5-2 conservative majority; essentially giving Republicans a chance to rule in the interests of their own party.

In November, North Carolina voters can decide which path the court may take. With Judge Lucy Inman on the bench, voters can look to the state Supreme Court candidate as a justice who will uphold her duty in remaining fair and impartial.