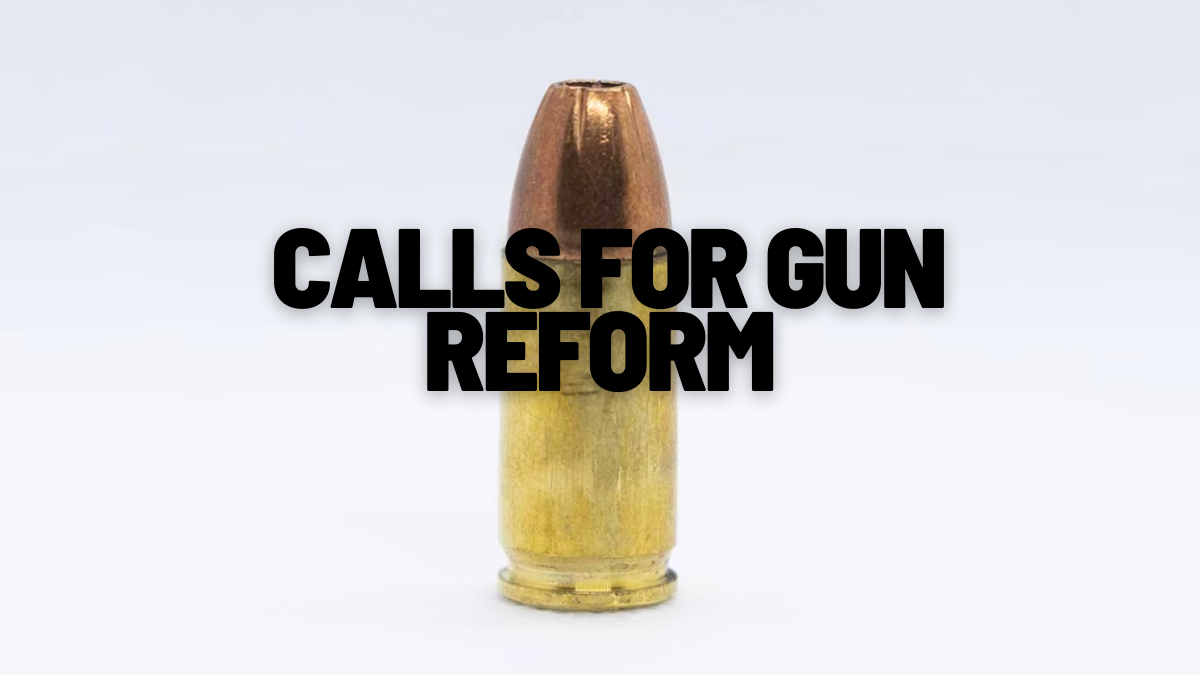 It’s not a club that any city or its residents want to be a part of, but on Oct. 13 Raleigh joined the list of places in America where innocent people were gunned down at random – this time it was in a neighborhood.

Five people were murdered by a 15-year-old boy in the Hedingham neighborhood in east Raleigh. Some were talking to their neighbors when they were shot to death in front of their homes, others were walking on the neighborhood’s greenway trail when they were hunted down and killed. An off-duty Raleigh police officer was on his way to work when he was shot in the chest and killed.

It’s one thing to hear about America’s mass shootings on the news. There’s often a significant distance between us here in North Carolina and wherever the latest slaughter has occurred in our country. It makes it easier for some people and politicians to brush the violence aside or think that it won’t happen here. But it did happen here. It will likely happen again here in our state if nothing changes.

There are many politicians, almost exclusively Republicans, who immediately cite “mental health” as the reason for the latest mass killing or say that “it’s time for thoughts and prayers, not politics.” Some have the audacity to ask why it happened or to suggest that we just can’t truly know the reason people do these things. The answers, if any are ever found, are different for all of these senseless killings, but the one common thread among them is that the person responsible decided to commit their violent act by using a gun. That is an indisputable fact.

What is also an indisputable fact is that in America’s two-party system, one party sees these horrific mass murders as the price of our “freedom” while the other party tries to pass gun safety laws that will help prevent the next tragedy.

Enough Democrats and Republicans were able to come together in June to pass the first major federal gun safety legislation in decades, but the bill, which President Joe Biden signed into law, was an important step forward, but there is much more work to be done.

Here in North Carolina, there’s not even a facade of bipartisanship in the state legislature when it comes to gun laws.

Five days after the shooting in Hedingham, Democratic House and Senate members called for action on gun safety reform.

According to WRAL, Democrats say that Republican leaders have refused to discuss gun safety and won’t even listen to proposals for “common-sense” gun safety laws.

Senate Minority Leader Dan Blue, who has lived in Hedingham for 30 years, told WRAL that it’s time for lawmakers to discuss changes to the state’s gun laws.

According to Blue, Democrats have introduced numerous bills, including those for safe gun storage, red flag laws and raising the age to buy an assault-style weapon to 21 – and not a single one of those bills has even received a hearing in the General Assembly.

As is typical with Republicans, House Speaker Tim Moore sent a statement to WRAL saying that “Politicizing this tragedy is wrong” and that “We need to allow law enforcement to complete their investigation before jumping to any conclusions about policy changes.”

If “politicizing this tragedy is wrong” wasn’t cliche enough, Moore went on to offer his prayers.

“…we should remain focused on praying for the victims’ families and supporting law enforcement rather than seizing the moment for a political debate,” he wrote.

“Thoughts and prayers fall short when they’re not followed up and met with action and change,” Blue told WRAL. “Homicides are now the leading cause of death in the United States of children.”

House Minority Leader Robert Reives also spoke with WRAL and told them that state lawmakers owe it to North Carolinians to try to find some sort of compromise on gun safety laws.

“Imagine what could happen if we just sat and talked,” Reives said.

He was realistic, though, and recognized that such a thing is not possible with the current NCGOP.

“[It] breaks my heart because we [have] literally become a society that has just accepted that bad things are going to happen and we can’t do anything about it because of politics. That can’t be who we are and what we’re about.”

Unfortunately, that is exactly who this country and our state’s Republicans are and what they’re about. The response to every single mass shooting in the United States proves this, over and over.

“We must stop this mindless violence in America. We must address gun violence,” she said.

Unfortunately, the United States has more guns than any other place in the world and very few laws that control who can obtain these weapons of mass death.

According to Bloomberg News, there are 393 million guns in America – and 330 million people. That means that for every 100 Americans, there are about 120 guns. The next closest country, Yemen, has been mired in a civil war since 2014. For every 100 people in Yemen, there are approximately 53 guns.

Early voting is already underway and Election Day is coming up next Tuesday. There are candidates on your ballot, no matter where in this country you live, that will work to create laws that will keep people safe from gun violence. There are also people on the ballot who will do whatever they can to make sure that no such thing happens as long as they are in office.

North Carolina has a very important U.S. Senate election happening and the two candidates have very different ideas when it comes to gun violence.

Democrat Cheri Beasley is a proponent of measures that would help to reduce gun violence. The day after the Raleigh mass shooting occurred, she tweeted that “We all have a responsibility to prevent avoidable tragedies like last night from happening in other communities.”

Republican Ted Budd owns a gun store and didn’t bother to say anything other than to offer up his prayers for the victims. Oh, also, Budd and every other Republican in the U.S. House delegation from North Carolina voted against an active shooter alert system that would have let residents of Hedingham know that a gunman was on the loose.

North Carolinians have a choice to make and it’s one that could tip the balance of the Senate to one party or the other. Choose wisely.