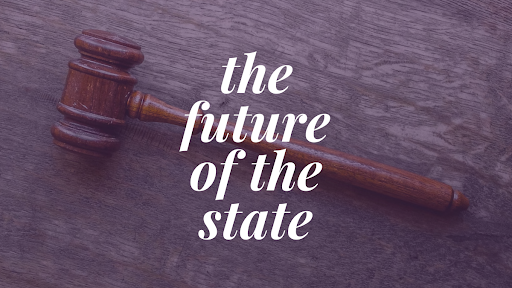 State judicial races don’t usually get much attention from voters or the media, but the decisions made by these elected officials often have massive implications that are felt for years. North Carolina has two vitally important races for Supreme Court seats on the ballot this year.

Democrats currently hold a 4-3 majority on the North Carolina Supreme Court but Republicans could find themselves with a 5-2 advantage after November’s election – a chilling scenario for anyone concerned about their rights and freedoms.

Democratic Associate Justice Robin Hudson’s term ends at the end of this year and she is not running for re-election. In the race to replace her, North Carolina Court of Appeals Judge Lucy Inman, a Democrat, is taking on Republican Judge Richard Dietz, who serves alongside Inman on the court.

Along with Democratic Gov. Roy Cooper, the high court in North Carolina has served as a firewall over the last several years as the Republican-controlled General Assembly has tried to get away with extreme gerrymandering, disenfranchising Black voters, restricting abortion and a host of other un-democratic, occasionally struck-down measures.

Both of those firewalls could be wiped out following the midterm elections if Republicans gain a supermajority in the legislature and if Republicans take control of the Supreme Court. Terrifyingly, neither of those outcomes is out of the realm of possibility.

As The American Independent notes in their three-part series looking at the North Carolina Supreme Court, many of the Sen. Berger-led NCGOP efforts that have been stopped by Cooper or blocked by the state Supreme Court will have new life if Republicans take control of the high court.

One of the biggest legal and political battles in North Carolina’s recent past involved the drawing of voting maps for the state’s 14 congressional districts. This past February, the majority-Democrat Supreme Court ruled that the legislature’s latest congressional maps were unconstitutionally gerrymandered. The decision came after a multi-year legal battle that saw the NCGOP appeal multiple lower court decisions that came to the same conclusion that the Supreme Court eventually did.

The state Supreme Court’s decision was split 4-3 along party lines. The court ruled that the maps drawn and passed by the Republican-controlled General Assembly violated the Constitution and stripped voters of their “right to substantially equal voting power on the basis of partisan affiliation.” The majority on the court found that “the General Assembly diminished and diluted the voting power of voters affiliated with one party on the basis of party affiliation.”

The Supreme Court’s ruling on the case was seen as a huge victory for voting rights, Democrats and democracy. The celebration only lasted several months.

In June, the U.S. Supreme Court announced they would hear an appeal from the NCGOP. The case, Moore v. Harper, will determine whether state courts have the authority to order changes to federal elections – such as ruling on congressional redistricting maps.

The case has been called “the death knell of democracy” by Duke University professor Asher Hildebrand and former U.S. Attorney General Eric Holder said that the case could undermine democracy as we know it and that it “should keep every American up at night.”

Depending on how the right-wing U.S. Supreme Court rules, the case could have a huge impact on the power that state courts have to address voting rights issues.

The court is not expected to hear the case until later this year and a ruling shouldn’t be expected until the summer of 2023 at the earliest, according to The American Independent.

According to The American Independent, redistricting isn’t the only voting rights case that North Carolina Republicans are talking about. A state Supreme Court dominated by Republicans would likely rule in favor of the state’s racist voter ID law.

The U.S. Supreme Court ruled in June that Berger and state House Speaker Tim Moore have the right to join a lawsuit to defend the constitutionality of the voter ID law. Two state courts had previously denied Berger and Moore’s request to join the defense because the attorney general and state board of elections were already defending the case.

In the North Carolina Superior Court’s September 2021 ruling, they wrote that the state’s voter ID law “was motivated at least in part by an unconstitutional intent to target African American voters.” With that in mind, many of those opposed to the law urged the state Supreme Court to quickly take up the case, which they did.

Less than two months ago, on Aug. 19, the North Carolina Supreme Court ruled that the question of whether “a legislature composed of a substantial number of legislators elected from unconstitutionally racially gerrymandered legislative districts” had the authority to pass constitutional amendments should be sent back to the trial court for further consideration. A right-wing state Supreme Court would surely have come to a different conclusion.

In addition to voting rights and redistricting, a Republican-controlled state Supreme Court would also have the chance to make rulings on other cases involving issues such as reproductive rights and public school funding.

A North Carolina Supreme Court with a 5-2 or 4-3 Republican majority would likely set voting rights back decades, allow partisan and racially gerrymandered maps to be used, severely restrict or outright ban abortion, prevent Leandro Plan funding from ever reaching our public schools and allow countless other harmful Republican priorities to become law.

When it comes to elections with the biggest impact on the daily lives of the average North Carolinian, these Supreme Court races are likely the most important because the rulings made by the court will have the most immediate and long-term effects in our state.

A recent WRAL poll shows Dietz and Allen leading their Democratic opponents, but the races have tightened significantly over the past several weeks. Allowing Republicans to gain control of the state Supreme Court will have dire consequences for North Carolinians.