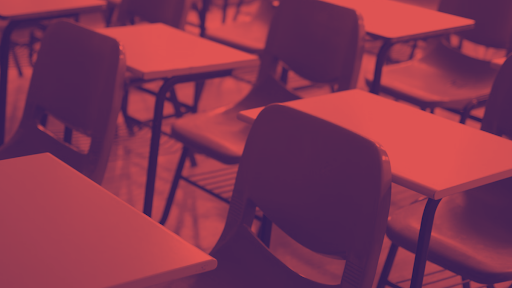 A survey from the North Carolina School Superintendents Association found that 98 of 115 school districts who responded reported having 11,297 unfilled educator and staff positions.

This startling shortage of support staff and educators is not just a North Carolina issue but is happening across the U.S., as low pay, inadequate resources, and policies targeting education are cited as factors fueling the rise.

In North Carolina, educators have faced years of lackluster pay raises passed by state Republican leaders in the General Assembly. On top of the chronic neglect and underfunding of public schools across the state, Republicans have repeatedly targeted educators in their newest fearmongering campaign; aiming to censor how teachers discuss subjects involving race, sexual orientation and gender in the classroom.

This attack on public education comes after educators spent two years during the height of the COVID-19 pandemic working under unrealistic expectations.

According to a national survey earlier this year, 3 in 10 teachers are considering leaving the profession at the end of this school year; with more than a third of the 2,000 K–12 educators citing new state laws restricting classroom discussions on race, gender, and sexuality as a factor.

As reported in N.C. Policy Watch, the other policies pushed forth by the Republican-led General Assembly has fueled the in-state teacher shortage, include:

“The elimination of the Teaching Fellows scholarship program in 2020 that brought to an end one of the state’s most important pipelines for producing excellent teaching candidates. While the program has been restored in limited form, the 160 candidates it’s producing per year fall far short of the state’s goal under the Leandro court case to create 1,500 candidates per year. This same year, state leaders added measures of standardized test results to teacher evaluations.

2013: Career status (aka “tenure”) was eliminated, allowing districts to fire teachers for arbitrary reasons and creating a chilling effect on teachers who want to advocate for policies that would benefit their students. That same year, the 10% salary supplement for teachers with a master’s degree was eliminated for teachers who had not yet started their degree program.

2017: The budget included a provision that new hires would no longer be eligible for retiree health care effective Jan. 1, 2021.

When you add the fact that North Carolina teachers and staff are severely underpaid, lack support, and are at the center of an extremist-fueled campaign while schools remain underfunded, it becomes clear why teachers are leaving the profession en masse. But it doesn’t have to be this way.

With a Republican-led legislature, educators across the state will continue to be impacted by these long-standing unmet needs and political ploys. However, measures such as the Leandro Remedial Plan offers a detailed roadmap of funding and policy recommendations that can address several factors fueling the shortage.

In addition, electing state lawmakers who push forth higher pay, and investments toward support staff and public education would be crucial in ensuring our educators receive the support and resources they need to thrive in our state.