Ted Budd’s Debate Answers On Marijuana Legalization, Opioid Crisis Show How Out Of Touch He Is

Home » Politics » Ted Budd’s Debate Answers On Marijuana Legalization, Opioid Crisis Show How Out Of Touch He Is 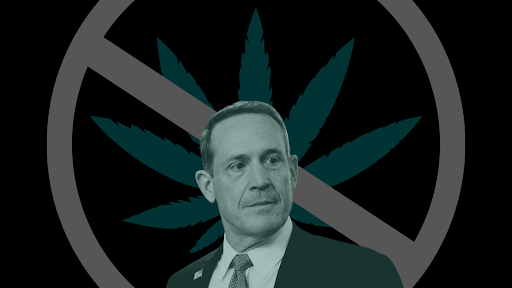 As with nearly every issue you could think of, U.S. Senate candidate Ted Budd doesn’t get it when it comes to marijuana legalization or the impact extremely harmful illegal drugs have had on North Carolinians.

Capitol Broadcasting Company (CBC) wrote in an editorial earlier this month about how Budd’s “perception and comprehension” was “lacking” in the televised debate he had with Cheri Beasley, especially when it came to the issue of drugs.

“…nothing demonstrated [Budd’s] aloofness, detachment and lack of empathy than his response to questions about potential legalization of marijuana,” the editorial board wrote.

“I’m not a supporter of legalization, especially for recreational marijuana,” Budd said at the debate. He then veered off into an incoherent rant about illegal immigration, border security and fentanyl trafficking.

The editorial board wrote that Budd, in the course of everything he said about marijuana or drugs, not once did he mention the massive “toll that drug addiction is taking on the state, any concern for those who struggle with addiction or who are its victims. Nor did he make any mention of efforts to address this.”

What is also concerning is that Budd doesn’t seem to know who to blame for the drug crisis we’re seeing in North Carolina. His answer on marijuana legalization mentioned illegal immigrants and fentanyl drug traffickers pouring over the border. He made no mention of the real culprits – the pharmaceutical industry that decided to flood communities around the country with highly addictive opioids was the easiest solution to everyone’s issues. To be fair to Budd, most politicians who take cash from an industry in exchange for votes probably wouldn’t target that industry for blame, even if they were at fault.

It’s not clear if Budd knows that North Carolina Attorney General Josh Stein, along with state attorneys general around the country, has obtained billions of dollars in settlements from corporate drug makers and distributors, or if he knows that the settlement money is currently being funneled directly into local communities to help those addicted to opioids.

While Budd’s clearly clueless about these issues, Beasley’s answer showed that she’s not.

Beasley said she supports the decriminalization and legalization of cannabis, she pivoted to the fact that we must address the opioid crisis and she also hammered Budd for not supporting law enforcement bills that would have provided millions to fight the opioid crisis.

“Congressman Budd has had every opportunity to fund law enforcement to the tune of more than $30 million and part of that would (have) been addressing the opioid crisis,” Beasley said.

Just like with the 2020 election, Budd seems to be denying the legitimacy of the opioid crisis and the issue of cannabis legalization. These are just a few more reasons why Budd is the wrong choice for the U.S. Senate.