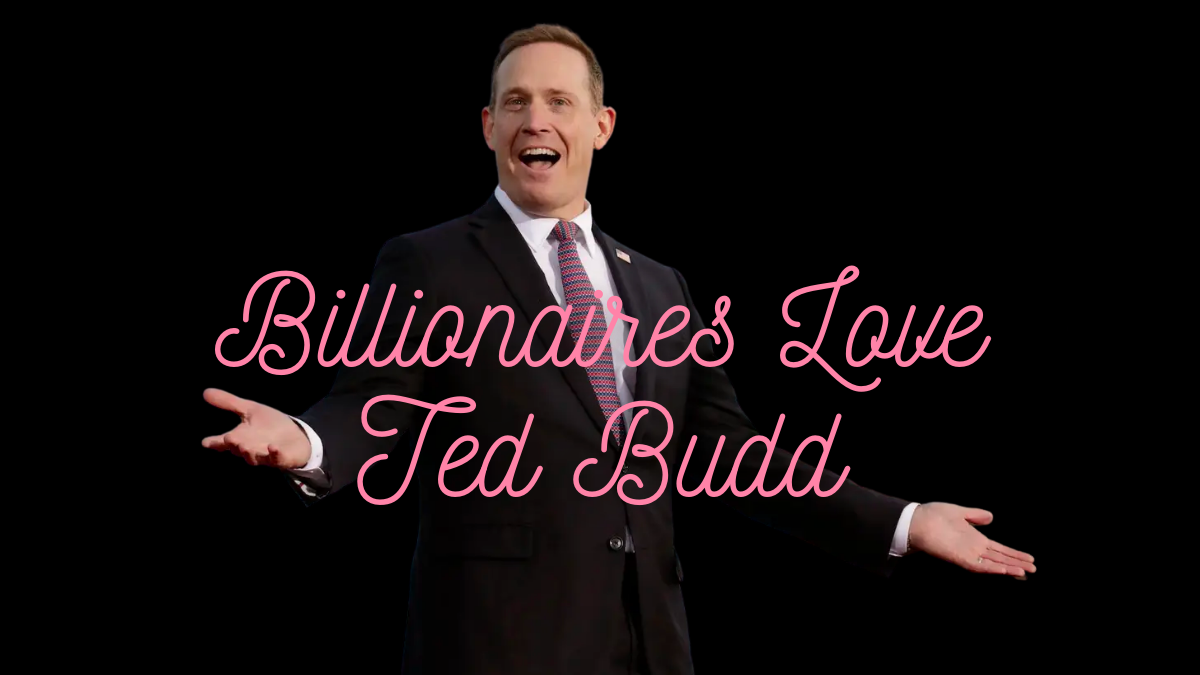 You may not know their names – and apparently, they don’t even know the candidate’s name – but some of the country’s richest people are funneling millions of dollars into Ted Budd’s U.S. Senate race against Cheri Beasley, according to Forbes.

Budd doesn’t have much name recognition outside of the district he represents in the U.S. House, let alone on a national level, but that hasn’t stopped billionaires from donating to groups who then spend that money on Budd. Even they know the importance of North Carolina’s Senate race.

Forbes reports that “tycoons from across the country are funneling millions of dollars through super PACs to support Budd, one of the 147 Republicans that voted against certifying President Biden’s election.”

Other donors have injected millions into the race through a Republican super PAC called the Senate Leadership Fund. You may recognize the name of that super PAC because of the horrific anti-Beasley ads they’ve been plastering across your screens for the last month.

In total, 18 billionaires – none actually from North Carolina – contributed 43% of the money the Senate Leadership Fund currently has. Sixteen percent of the Fund’s expenditures – $29 million – has been used to support Budd’s run, according to recent Federal Election Commission filings and Forbes.

Larry Ellison, the co-founder of Oracle and a California resident, donated to Budd via a third route, Forbes reported. He gave $30 million to a super PAC called Opportunity Matters, which then spent $1.5 million directly on Budd and transferred $5 million apiece to the Senate Leadership Fund and Opportunity Matters Fund Action, both of which spent money to support Budd.

Other rich people gave less than those who donated millions. According to Forbes, at least 34 billionaires and their spouses donated to Budd’s campaign. Some of them gave money to joint-fundraising committees, which allow big-name politicians (not Ted Budd) to raise huge amounts of money and then share that with lesser-known political allies (like Ted Budd). It’s kind of like trickle-down economics that only works for politicians.

Beasley, Forbes reported, has received campaign contributions from billionaires and their spouses as well. The difference is that those donations have been going directly to her and they’re capped at $2,900. Billionaire-funded super PACs don’t appear to be spending millions on Beasley’s campaign. It’s telling which candidate of these two candidates billionaires want to see get elected.