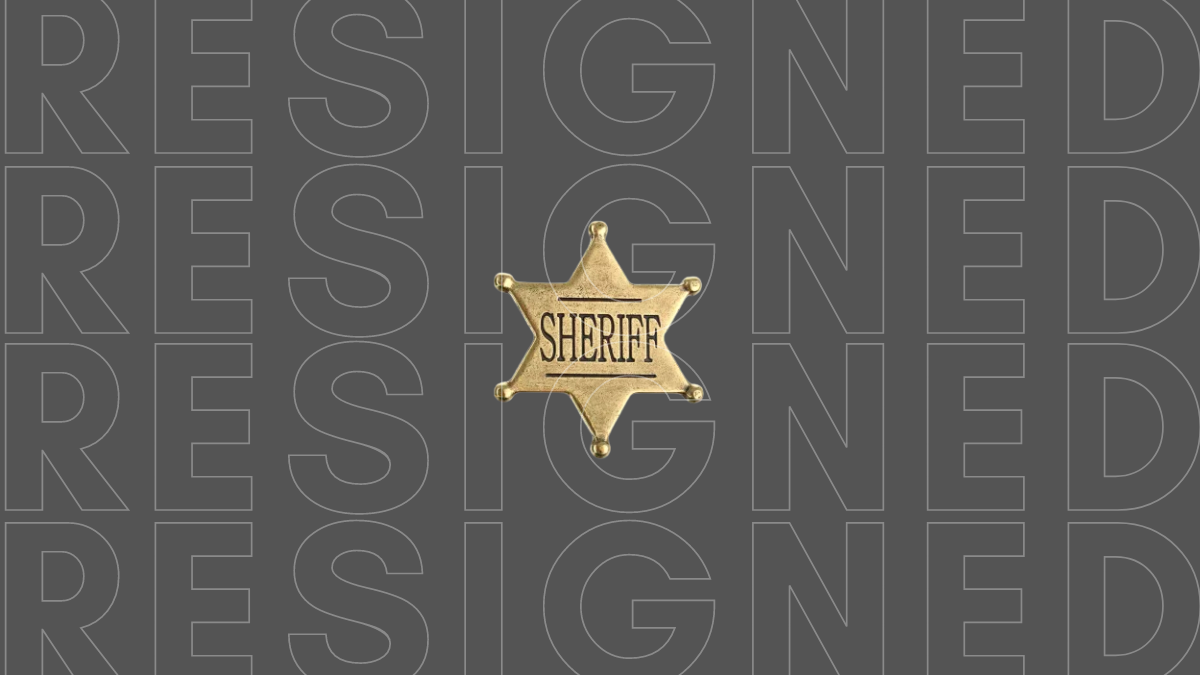 Racist Columbus County Sheriff Jody Greene resigned from his position in front of a packed courtroom in mid-October, several weeks after the release of audio recordings where he was captured making racist comments about Black people to a sheriff’s captain.

Greene, who was suspended from office on Oct. 4, faced accusations of misconduct, including malicious arrests, intimidating county commissioners and sexual harassment. Those accusations were in addition to the racist phone calls Greene made to a colleague.

Greene’s attorney, with Greene in attendance, announced the sheriff’s resignation just minutes after an Oct. 24 court hearing began. The purpose of the hearing was for a judge to determine whether Greene should be removed from office or not.

The Columbus County District Attorney’s office had a presentation cued up on screens around the Whiteville courtroom when the resignation announcement was made, The News & Observer reported.

Greene had been under fire after WECT broke the story at the end of September when they were able to obtain and release the recordings that had been compiled by Soles. The recordings date back to February 2019.

Soles told WECT that back in early 2019 he began receiving late-night calls from Greene, including one that led him to begin recording those calls.

“This one particular phone call that [I] received, he made the comment that he hated Democrats. And then he said, ‘I take that back. I hate a Black f**king Democrat.’ And, and I knew right then, I was like, ‘Wow, this is coming from the sheriff.’ And, I had to start recording those conversations,” Soles told WECT.

Greene had already been a controversial figure in Columbus County before the racist audio recordings were released.

The calls began when Soles was made the acting sheriff while elections officials looked into Greene’s 2018 sheriff’s race victory, which he won over then-Sheriff Lewis Hatcher, by less than 40 votes. There were also concerns that Greene violated state law by not living in the county in which he was elected to serve. He was also improperly sworn in as sheriff before the election results were certified by the state.

In another call, which also occurred during the investigation into the election, Greene told Soles he was convinced that there was a “snitch” in the office who was leaking information to Hatcher, a Black man. Greene went so far as to request phone records from Verizon so he could see if anyone in the office had been in communication with Hatcher or recently-fired Sergeant Melvin Campbell, also a Black man, in the previous two months.

Greene went on to accuse a Black female detention officer as possibly being the source of the leaks because he had been told that “she’s racist” and because one day she was “staring at me the whole f**king time” at the sheriff’s office.

“I’m tired of them f**king with me. It ain’t happening no more. No goddamn more,” Greene told Soles.

He went on to tell Soles that “a new f**king day” was coming and he was going to fire all the “Black bastards” at the sheriff’s office.

Soles told WECT that in the three-plus years since the recording was made, he and his supporters went to every official they could think of to get them to intervene in the situation at the sheriff’s office under Greene.

In addition to alerting officials, Soles also brought the recording to the attention of the Columbus County Board of Commissioners. Only one commissioner, Buddy Byrd, who had previous issues with Greene, even followed up with him about the recordings.

Calls for Greene’s resignation began as soon as the recordings were released. The Columbus County Branch of the NAACP released a statement saying that Greene “must resign” because “his actions have cast a cloud over his ability to execute the office with impartiality.”

Columbus County District Attorney Jon David made a formal request for the State Bureau of Investigation (SBI) to investigate Greene for obstruction of justice. David told WECT in September that his office would need to look into concerns about biased policing by the sheriff’s office and that there could be “issues for the sheriff or officers in his department being credible witnesses for criminal cases they investigated.”

On Oct. 3, David made a formal request for Greene to resign as sheriff of Columbus County. In his petition, David wrote that “Defendant has committed willful misconduct and maladministration in office. The acts committed by Defendant… constitute corruption while in office.” He also accused Greene of engaging in “racial profiling of sheriff’s office employees both personally and via other people under his command,” according to WECT.

On Oct. 4, Superior Court Judge Douglas B. Sasser agreed to David’s request to suspend the sheriff until a hearing could be held on the petition for removal, WECT reported.

In addition to the calls to resign, the suspension, the SBI investigation, and the examination of previous cases by the DA’s office, the North Carolina Sheriff’s Association also spoke out against Greene and announced that he had resigned from the organization.

For his part, Greene posted a comment on the sheriff’s office Facebook page on Sept. 29 that said, “I have not resigned as the Sheriff of Columbus County. I will continue to serve no matter the allegations or rumors. Thank you all for your concerns and support.” The post has since been deleted.

Despite Greene’s original defiance, it was less than a month from his statement saying that he would not resign to him resigning in front of a packed courtroom.

After the hearing, Greene posted a statement on his campaign Facebook page in which he both asked for forgiveness for his “disrespectful and insensitive words” and warned of “a move afoot to usurp the votes of law-abiding citizens.”

“I cannot afford to spend the next week fighting in a courtroom while we are in the middle of an election to preserve our freedom,” he wrote.

Even though Greene quit his job as sheriff, the story is far from over. Greene is up for reelection despite his resignation. Greene’s opponent? Jason Soles, the former Columbus County Sheriff’s Office captain who recorded Greene’s racist tirades that started this whole process.

Since he remains on the ballot, Greene could get reelected. If that happens, David, the Columbus County DA, said he would file another petition against Greene to get him out of office.

“My office would have an ethical obligation to file, and will file, a new Petition to Remove Greene from that term of office based on the allegations alleged in the current Petition,” David wrote in a statement released after the hearing.