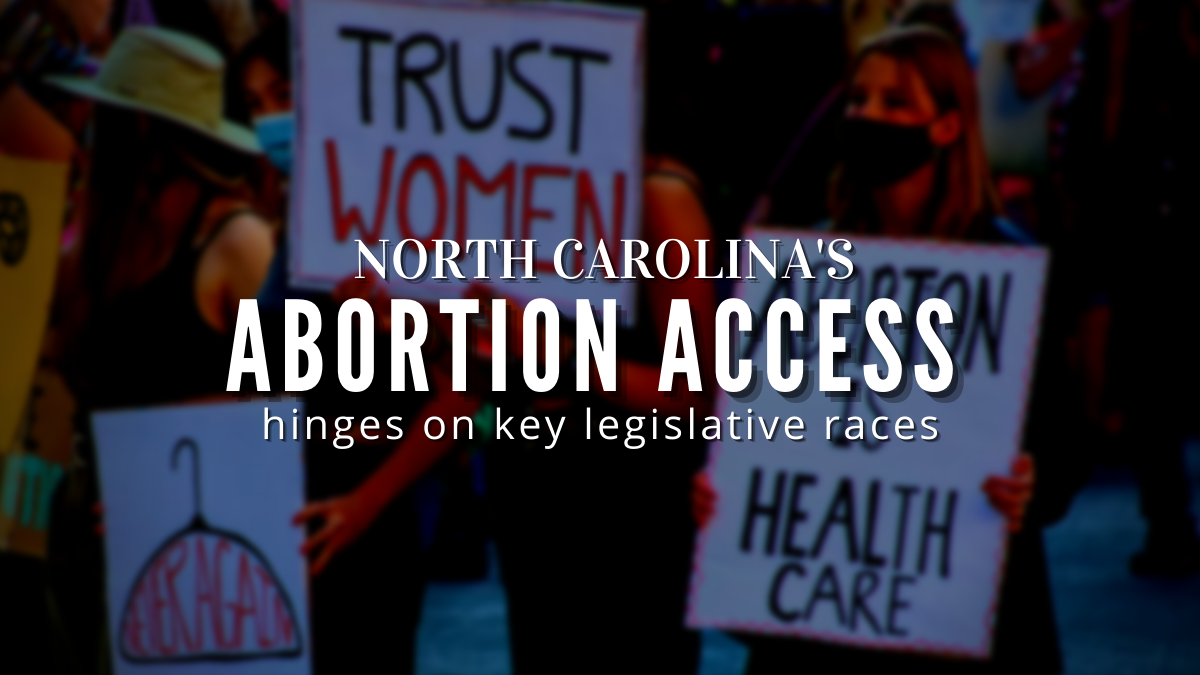 Key legislative races across the state could determine the future of abortion rights in North Carolina, with Senate District 17 being one to watch.

Democratic State Sen. Sydney Batch and Republican Mark Cavaliero are vying for the seat in the “soccer mom district” that will weigh in on whether state Republicans seize a supermajority in the legislature.

Following the overturn of Roe v. Wade, abortion-rights groups and Democratic candidates across the state have been sounding alarms on the future of abortion rights if Republicans pick up more seats.

According to Axios, state Republicans only need to flip five seats — three in the state House, two in the state Senate — to win a super majority in the General Assembly and gain the power to override Democratic Gov. Roy Cooper’s veto. Cooper’s vetoes have halted harmful anti-abortion restrictions and criminalized North Carolinians who exercise their constitutional right to peaceably assemble, among others.

Historically, state Republicans have attempted to erase reproductive rights, and with the overturn of the crucial right, state Republican legislative leaders have alluded to passing anti-abortion measures if the party achieves a super majority in this year’s midterm elections.

However, Sydney Batch, among other democratic candidates, has vowed to defend the life-saving health care for the millions of North Carolinians, and out-of-state patients seeking access.

Batch, who has served in the General Assembly since 2019, has been a vocal supporter of reproductive rights. Her commitment to defending reproductive freedom showed through when the Senator blocked Republican legislative leaders from overriding Gov. Cooper’s veto of harmful anti-abortion bills.

Despite recovering from a mastectomy, Batch remained devoted to protecting abortion access for millions of North Carolinians in those following days back in 2019, and continues to do so post-Roe v. Wade.

“My colleagues and I will continue to show up because we believe that medical decisions and bodily autonomy of every woman in North Carolina should be in their hands,” stated Sen. Batch.

Her opponent, Republican Mark Cavaliero, is referred to by The News & Observer as an “anti-abortion candidate”, and supports defunding the state’s largest abortion provider.

The protection or the erasure of abortion access for North Carolinians hinges on Senate District 17, among a handful of legislative races across the state.

PrevPreviousReal Housewives Fans Organize For 2022 Midterm Elections
NextProtest Filed Against Anti-Choice Candidate E.C. Sykes For Lying About Where He Lives; Future Of Abortion At StakeNext