Progressives, Many Republicans Join Forces In Opposition To NC Elections Case Being Heard By US Supreme Court

Home » Politics » Progressives, Many Republicans Join Forces In Opposition To NC Elections Case Being Heard By US Supreme Court 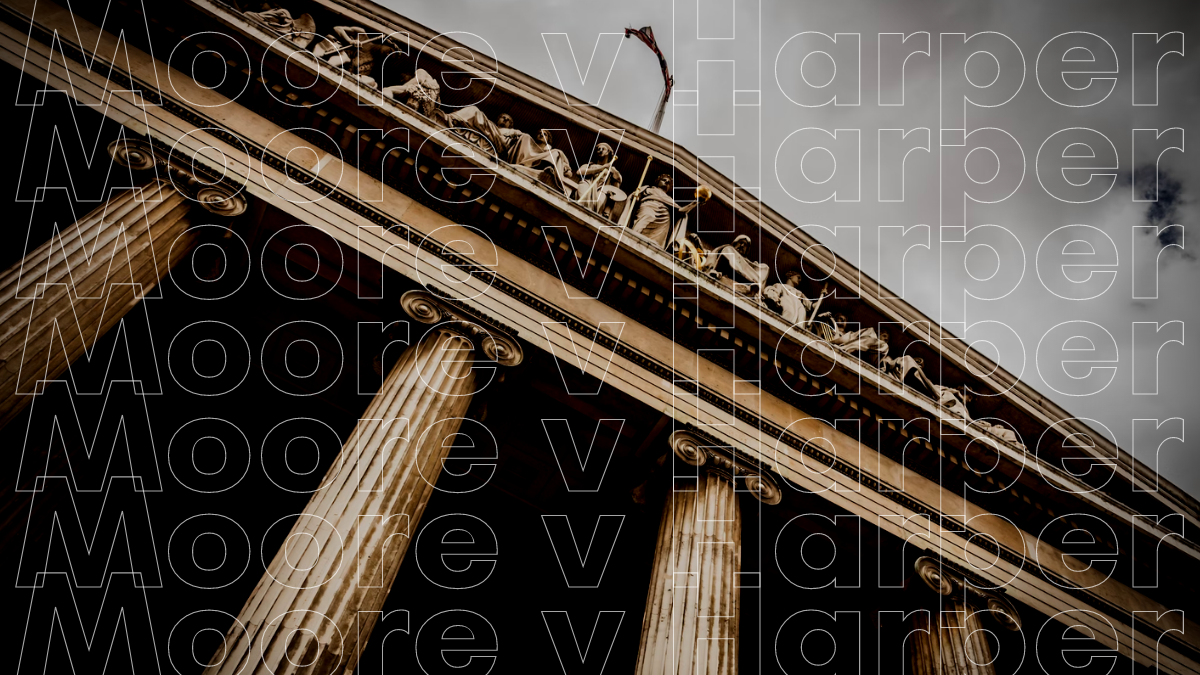 Dozens of influential groups and political figures have submitted friend-of-the-court briefs regarding a U.S. Supreme Court case that originated in North Carolina that some have called “the death knell of democracy.”

The American Bar Association, the Brennan Center for Justice at New York University School of Law, the Conference of Chief Justices, 20 U.S. senators, and even The Terminator himself, Arnold Schwarzenegger, are among those who have filed briefs in the Moore v. Harper federal elections case.

The “Moore” in the case is none other than North Carolina Republican House Speaker Tim Moore. He and his fellow Republican legislative leaders argue that the U.S. Constitution gives state legislatures “exclusive authority” over elections. This is known as the “Independent State Legislature” theory, which many judicial experts have called a “fringe legal theory.”

Moore and the NCGOP are arguing that state legislatures (like the one in North Carolina that is controlled by right-wing Republicans) should have the full and final say when it comes to drawing congressional districts and creating voting rules.

North Carolina Republicans are saying that they (as legislators) have sole control over these decisions and that they have no accountability to any other branch of government, including state courts.

“Those carefully drawn lines place the regulation of federal elections in the hands of state legislatures, Congress, and no one else,” attorneys representing GOP lawmakers argued in an August court filing. “The solution to election regulations thought to be problematic is to persuade one of these entities to change them or, failing that, to amend the Constitution to adopt a different allocation of power.”

If that sounds confusing, here’s a really simple way to look at it: if the Supreme Court rules in Moore’s favor, the Republican-controlled General Assembly could once again draw up racist, gerrymandered congressional districts that overwhelmingly benefit Republicans and wipe out the influence of minorities and Democrats and there’s nothing anyone anywhere could do about it.

Moore v. Harper is an extremely important case and, if the Supreme Court rules in favor of Moore, could result in electoral anarchy throughout the country by allowing state legislatures to hold state and federal elections in whatever manner they want.

The case is so concerning that in late October, U.S. Solicitor General Elizabeth Prelogar filed briefs asking the Supreme Court to allow the U.S. government to join oral arguments against Moore.

In the brief, Prelogar said that if the court sides with North Carolina Republicans, it “would severely disrupt the administration of elections around the nation, forcing states to hold state and federal elections under different rules and flooding the federal courts—especially this Court—with new election challenges.”

Just because the government wants to join the case doesn’t mean the Supreme Court will allow the Department of Justice to join oral arguments on Dec. 7, but as The News & Observer reported, the USDOJ is often allowed to participate when they request to do so.

The lead attorney representing Harper, Durham’s Allison Riggs, told reporters that having the federal government officially take the side of local voters and nonprofits fighting against the legislature makes a huge statement.

Those opposed to the Independent State Legislature Theory have said that allowing state legislators around the nation to ignore their state constitutions could lead to rigged elections and potentially the end of democracy itself.

Opposition to the Independent State Legislature theory and the arguments made by Moore run the political spectrum from progressives like Vermont Sen. Bernie Sanders to former White House officials who served under George W. Bush and Donald Trump.

Only a few of the briefs filed actually support the case. Those include friend-of-the-court briefs filed by the Republican National Committee and several other GOP groups.

Multiple former Republican politicians and groups have come out against the theory.

Schwarzenegger said that “Frankly, this theory is nuts.”

Even a co-chairman of the extreme right-wing Federalist Society, Steven Calabresi, filed a brief in opposition.

Calabresi cited his “originalist” legal philosophy as the reason why the Supreme Court should reject the NCGOP’s arguments.

(NOTE: NC Voices has taken a deep dive into the originalist theory)

“Principled originalism compels rejection of (the legislature’s) claims,” Calabresi wrote. “The more one knows about the Constitution’s text, history, and deep structure, the clearer it is that (the legislature) must lose.”

Riggs told reporters she wasn’t expecting such “unusual allies” in the case but that it certainly helps strengthen their argument.

“This is not a partisan issue,” she said. “I was so thrilled…when I looked through the list.”