Protest Filed Against Anti-Choice Candidate E.C. Sykes For Lying About Where He Lives; Future Of Abortion At Stake

Home » Politics » Protest Filed Against Anti-Choice Candidate E.C. Sykes For Lying About Where He Lives; Future Of Abortion At Stake 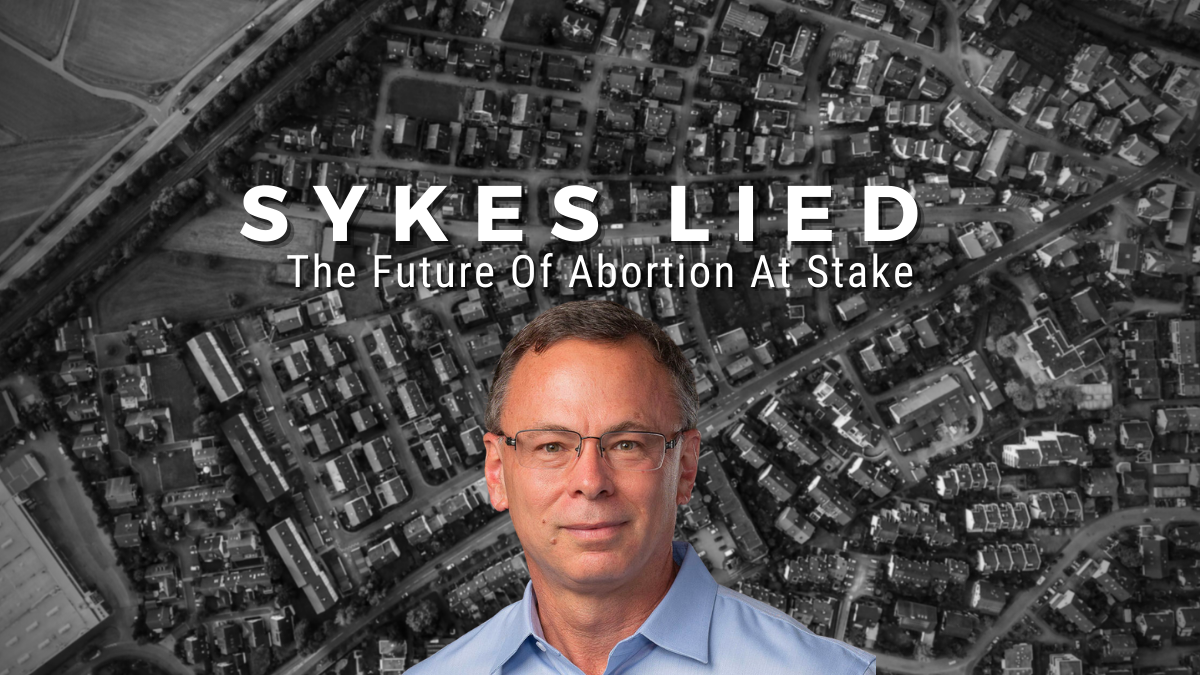 One of the most hotly contested legislative races in North Carolina is now under increased scrutiny because of a residency issue with the Republican candidate, E.C. Sykes – and at least some Republicans knew about the issue before Sykes even became the nominee, according to The News & Observer.

On the eve of early voting in North Carolina, an election protest was filed in Senate District 18. The protest claims that Sykes does not actually live in the district where he’s running, making him potentially “ineligible” to serve in the event that he wins the race.

The challenge came too late to possibly force Sykes off the ballot, so any investigation will have to wait until after the election, The News & Observer reported. If Sykes wins, then the Wake County Board of Elections — and, likely, the State Board of Elections as well — will have to determine if he was eligible to run, and if not, then what to do about it.

The 118-page protest alleges in painstaking detail that E.C. Sykes has continued to reside in a home he rents at 8604 Harps Mill Road in Raleigh, which is not in SD-18, rather than the address he is registered to vote at on 6816 Pro Deo Way, also in Raleigh, which is in the district.

The state constitution requires that all candidates for the General Assembly establish residency one year prior to the election.

The filing goes on to state that the “only structure at [the address] was a deteriorating house with no utility service, where neighbors have seen no one living since the departure of Delores Matthews who died in November 2021.”

In two separate affidavits, neighbors to the address made clear that they had never seen E.C. Sykes nor anyone on the property, permanently live there. One neighbor even noted that the “electrical box on the outside of the house had been partially removed and disconnected.”

According to The News & Observer, this challenge “wasn’t the first time Sykes’ residency came into question. Sykes’ opponent in the Republican Party primary this spring, Dimitry Slabyak, said he looked into it during that race. He even posted about it on Facebook nearly two months ago, after the May 17 primary election.”

Slabyak told The N&O that he “continue[s] to believe [Sykes] doesn’t live in the district and the election was stolen from me.”

While it’s true that there is no shortage of residency challenges in state legislative races in North Carolina and throughout the country, oftentimes they are filed without merit and only used to sow seeds of doubt. This particular case appears to be legitimate, especially considering the exhaustively detailed protest that was filed and the fact that a fellow Republican even called Sykes out on the same issue.

This story is about more than just whether or not Sykes is lying about which district he lives in, the outcome of this particular race will be vital in preventing Republicans from gaining a supermajority in the state Senate.

Senate District 18 is currently held by Democratic Sen. Sarah Crawford, who is running for a House seat this year. Sykes is facing off against Democrat Mary Wills Bode, the former leader of the group North Carolinians For Redistricting Reform.

Bode told The News & Observer that investing in education, cutting taxes for working families, and ensuring access to reproductive healthcare would be among her top priorities as a state senator.

To this day, there is no permanent structure at 6816 Pro Deo Way. The protestor seeks to disqualify E.C. Sykes from the election, which could jeopardize Republicans’ strategy to gain a veto-proof majority in the state Senate.

Now more than ever, abortion is on the ballot in North Carolina. If candidates are going to run on a platform of outlawing reproductive care then they better live in the district where they’re running so that they can answer to their constituents when they vote to ban abortion.