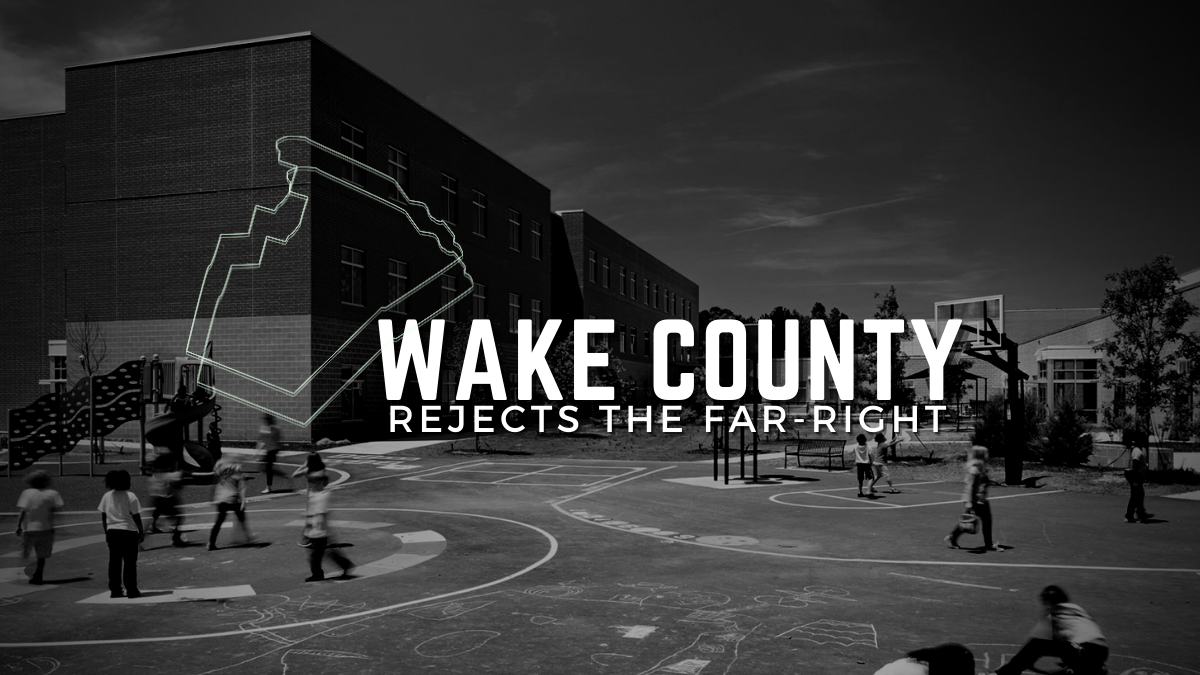 Wake County voters rejected the far-right’s attempt to seize control of the school board, keeping a Democratic majority.

The board, featuring seven Democrats and two Republicans, will be sworn into office in December.

In addition to voters electing school board members that campaigned on increasing public school funding, supporting educators and promoting the new equity policy, a school construction bond was approved that will upgrade many of Wake’s public schools.

As reported in The News & Observer, far-right education groups mounted a nationwide effort to win school board seats this year, with many of North Carolina’s school districts targeted.

Wake County’s District 9 school board race highlighted the lengths that newly emerged far-right-backed candidates will go to in order to get votes.

Republican-backed school board candidate Michele Morrow made headlines for believing teachers should be allowed to conceal carry guns in schools, attending Jan 6, and making homophobic and Islamophobic remarks on her social media.

“It shows the voters of District 9 have rejected hate-filled rhetoric,” stated Swanson, in an interview with The News & Observer. “They rejected someone whose views were a threat to our schools, teachers, schools, and communities.”