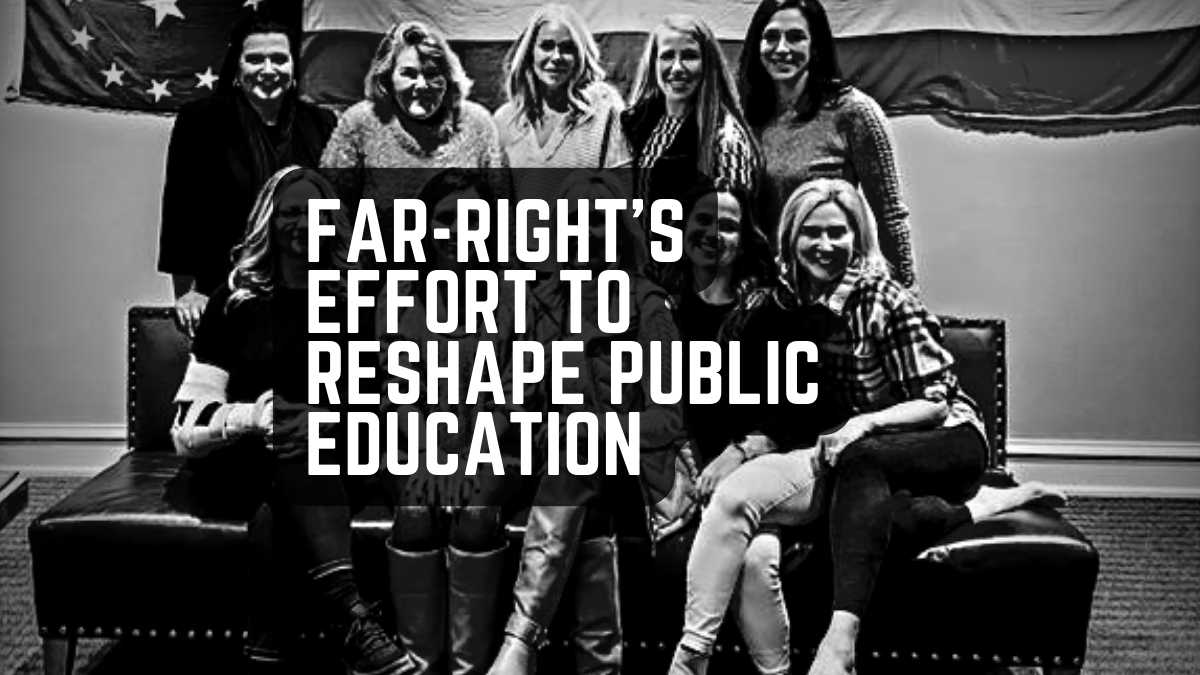 Source: N&O Editorial: NC Baptist: On book bans, Moms for Liberty sure has a narrow view of liberty

Education in the United States is under profound attack from right-wing extremists. From books being banned, school curriculums being challenged, educators facing censorship measures, and students being targeted, far-right extremists are attempting to reshape schools.

Right-wing education groups have proved to be a mobilizing tool for many of these efforts, with Moms for Liberty leading the charge. With 200 chapters across the U.S., Moms for Liberty has stationed itself in several key school districts; pushing forth challenges against Black, Brown and LGBTQ+ focused books, classroom discussions on topics such as race, gender, and sexuality, and supporting extremist candidates that elevate anti-CRT and anti-LGBTQ+ rhetoric.

According to the Los Angeles Blade, “Moms for Liberty chapters have challenged Martin Luther King Jr. and the March to Washington because of “photographs of political violence” and Ruby Bridges Goes to School because of “racist remarks,” among other objections. Moms for Liberty is also a vocally anti-LGBTQ organization and has advocated for trans bathroom bans in public schools”.

In North Carolina, Moms for Liberty chapters launched challenges against books by authors of color, by LGBTQ+ authors, including All Boys Aren’t Blue, Gender Queer: A Memoir, and Lawn Boy.

“The banning of books has a long and tragic history in world history and is raising its ugly head once again in our nation,” stated Edward ‘Ned’ Walsh in an editorial for The News & Observer.

Walsh, the former director of the Department of Christian Education for the Baptist Convention of New England, continued, stating:

“To those uninformed members of the U.S. electorate, the national leadership of the Republican Party has strategized in targeting local boards of education as a means to change the dynamics of our public schools’ curriculum. Thus, there is currently underway, a national strategy led by the Republican Party, to target local boards of education by supporting candidates who reflect the thinking of Moms for Liberty.

As an N.C. Baptist and someone who has worked for the New England and Missouri “Baptist Conventions, I would like to humbly suggest that the devotees of Moms for Liberty take note of the Library Bill of Rights, which is a list of seven rights, two of which are as follows:

▪ Books and other library resources should be provided for the interest, information, and enlightenment of all people of the community the library serves. Materials should not be excluded because of the origin, background, or views of those contributing to their creation.

▪ Libraries should provide materials and information presenting all points of view on current and historical issues. Materials should not be proscribed or removed because of partisan or doctrinal disapproval”.

Moms for Liberty is just one of many extremist education groups that targeted local school boards across the state ahead of the 2022 midterm elections. For North Carolina, groups like Carolina Teacher Alliance, Facts 2.0, Tide Turners, Take Back Our Schools, NC Values Coalition, and many more, emerged in key school districts, and endorsed Republican candidates who reflected many of their extremist measures.

“Moms for Liberty represents a tyranny of the minority seeking to subjugate the majority to the organization’s narrow view of “liberty”, wrote Walsh.