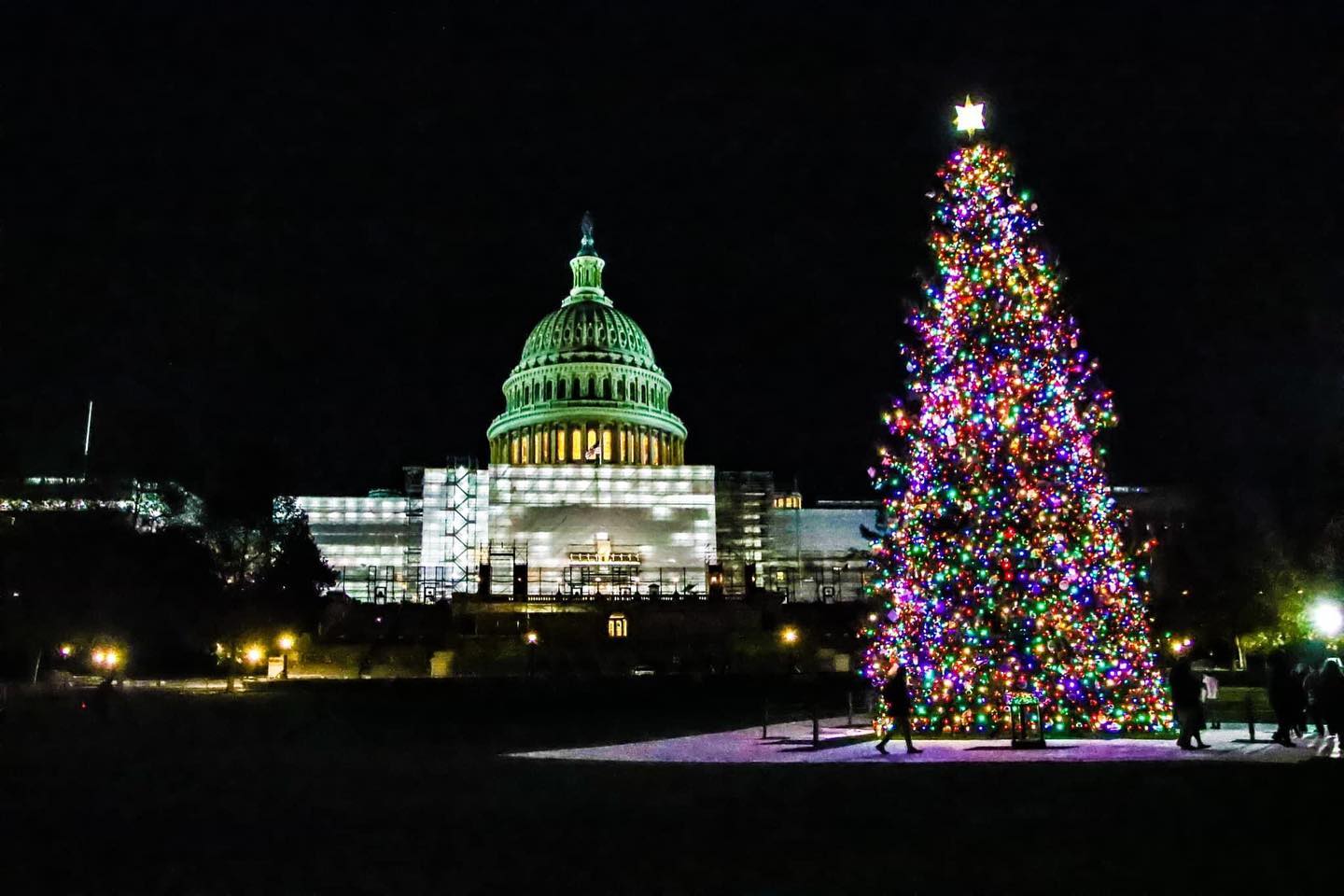 For the third time in history, the U.S. Capitol Christmas tree is from a North Carolina national forest.

According to CBS 17, this year’s tree was cut from the Pisgah National Forest on Nov. 2. Fraser firs were previously harvested from North Carolina national forests in 1974 and 1998. This year’s tree, named Ruby, is a 78-foot red spruce.

“This year, the tree is named Ruby, which is short for Picea rubens, which is the scientific name for a Red Spruce,” said National Forests in North Carolina Public Affairs Specialist Adrianne Rubiaco.

As is tradition, Ruby is being displayed on the West Lawn of the Capitol for the holiday season.

Every year, a different national forest provides a tree for display in front of the Capitol. Before the tree makes its way to Washington, D.C., the U.S Forest Service (USFS) takes it for a tour through the states on the way to Capitol.

This year’s tour included more than 15 stops in North Carolina, Virginia and Maryland over a two-week period. The tour, dubbed “From the Mountains to the Sea,” started in Fletcher on Nov. 5 and included stops throughout the mountains, Triad, eastern North Carolina, and even the Outer Banks before heading north and arriving in Washington on Nov. 18.

“This tree is from North Carolina, and it [was] adorned by ornaments that were made by North Carolinians across the state. Over 100 communities contributed to the ornaments that [are] on Ruby as she decorates the Mall this holiday season,” said Rubiaco.

According to the U.S. Capitol Christmas Tree program, the USFS partnered with the National Forest Foundation “to raise funds for a new state-of-the-art nursery that will grow red spruce seedlings for reforestation efforts.”

The program said that Ruby’s seedlings will one day be planted in greenhouses to help grow the next generation of red spruce trees growing throughout the southern Appalachian region.

According to the U.S. Capitol Christmas Tree program, North Carolina’s Christmas tree industry is ranked second in the United States in the number of trees harvested.

The Tar Heel State has more than 850 growers producing approximately 50 million trees on more than 38,000 acres of land.