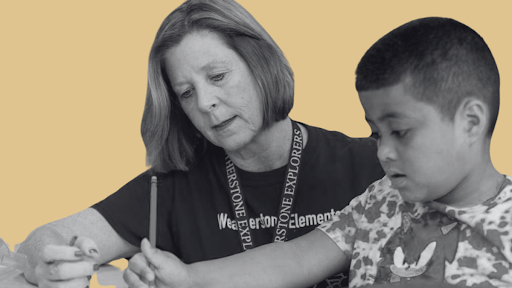 The state’s longest-running education case, Leandro, the controversial merit pay, and a potential restructuring of the state board and superintendent’s power, all remained key issues throughout 2022 and could remain important topics in the upcoming legislative session.

In August, the landmark education case came back before the state’s Supreme Court, as renewed arguments called for the state to adequately fund public schools through the Leandro Remedial Plan. For 28 years, the state has failed to ensure children across the state receive their constitutional right to a sound, basic education, and activists have urged the state Supreme Court to order the transfer of $785 million from the state treasury to fund the Leandro plan.

“It is time to release the funds,” stated Tamika Walker Kelly, president of the North Carolina Association of Educators, in a rally in downtown Raleigh last August. “Our children need action now. We must not lose any more time — another generation of students — before we do what is right by them.”

The state Republican leadership’s failure to fully fund the plan that would address many long-standing issues has resulted in lackluster public education investments and measly teacher pay raises, with Republican education leaders pushing forth controversial measures such as merit pay.

Advanced by state Department of Public Instruction and state schools Superintendent Catherine Truitt, the controversial merit pay places an educator’s ability to receive a liveable salary by tying it to student test scores, evaluations prepared by principals, and other measures.

According to N.C. Policy Watch, educators have “pushed back against the proposal, which they contend is an unwanted move to a system of ‘merit pay’ that places too much emphasis on student scores on standardized tests. They argue that a better strategy to recruit and retain teachers is to pay them a fair wage.”

Currently, North Carolina ranks #33 nationally in average teacher pay, with the average annual teacher salary in North Carolina being $54,150. According to N.C. Policy Watch, the salary is “much lower when salaries are compared to what individuals with comparable education and experience can earn in each state’s private sector.”

“Any approach to compensation that relies on standardized test data for base salary would be damaging to instructional practices,” stated Justin Parmenter, a seventh-grade teacher from Charlotte, in an interview with The News & Observer last year. “Teachers who are already strapped for cash will be tempted to teach specifically for test mastery rather than the broader skill set that students actually need.”

On top of pushing controversial salary measures, education leaders focused on shifting more power from the State Board of Education to state superintendent Catherine Truitt, in a bid to push forth more Republican measures.

With an education committee created by Republican House Speaker Tim Moore, and led by Republican Rep. John Torbett, the House Select Committee on An Education System for North Carolina’s Future’s proposal to give the state superintendent more control over K-12 schools and education policy over the state board rings eerily similar to Republican’s effort to strip power from the state governor.

According to Policy Watch, “the State Board is led by one of 11 members appointed by the governor and confirmed by the legislature. It is required by the state constitution to ‘supervise and administer’ the public schools and funding ‘provided for its support.’ The board also makes ‘rules and regulations’ by which the public schools are governed.”

This is not the first time Republicans have vied for power over public education. In 2016, state Republicans’ power grab attempt led to a legal battle that “resulted in the state Supreme Court upholding the constitutionality of House Bill 17, which rearranged the responsibilities of the superintendent and transferred certain powers of the state board to the superintendent.”