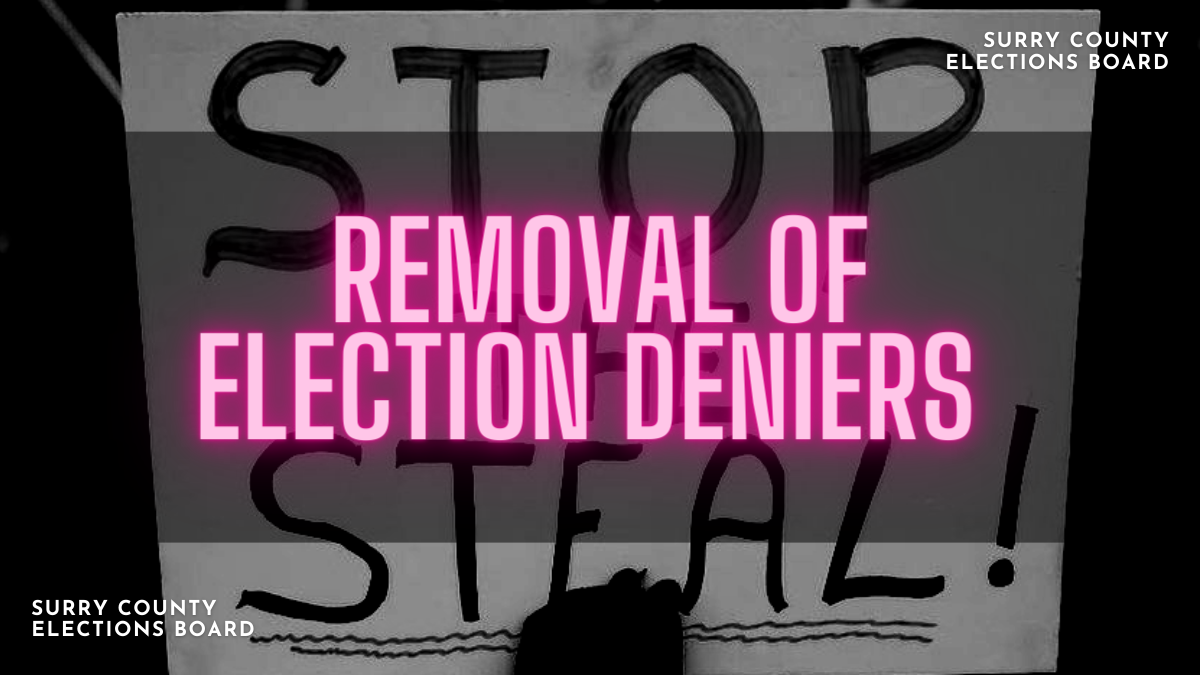 Complaints had been filed against two Republican members of the Surry County BOE, Jerry Forestieri and Tim DeHaan, for their refusal to certify the 2022 election and for a letter they signed their names to in order to highlight their lack of faith in the state BOE.

The complaint was filed by election watchdog Bob Hall and “a coalition of left-leaning voting-rights groups,” according to WRAL.

DeHaan eventually agreed to certify the election despite signing onto the letter written by Forestieri.

Although Forestieri wrote (and DeHaan agreed with) that he doesn’t “view election law per NCSBE as legitimate or Constitutional” and blamed his beliefs on the “perversion” of state election law by complaining about “judicial activism” from federal Judge Loretta Biggs, he did admit that the election was conducted fairly and securely.

In the letter explaining their views, the two Republicans called election practices “untrustworthy” and doubted the results of the election – and they did so while performing their official duties on the elections board.

In Hall’s complaint, he claimed the statements and actions by Forestieri and DeHaan conflict with their oath of office as members of the elections board to “execute the duties of the office…according to the law.”

Neither Republican in question attended the state board meeting, according to WRAL.

As if Lindell’s presence and influence in Surry County weren’t enough of an indictment of the way county officials respect the democratic process, the county’s election director, Michella Huff, reported being threatened in May by a local Republican leader.

In a complaint supporting Hall, five voting-rights groups encouraged the SBOE to remove both Forestieri and DeHaan from their positions in Surry County.

“The letter’s inflammatory language is dangerous misinformation that constitutes an attack on North Carolina’s laws, election integrity, and voter confidence,” the complaint said. “A failure of the State Board to remove them from office would set a dangerous precedent that would pave the way for baseless attacks on the credibility of our elections.”

The removal hearings are expected to be held early this year but a date has not yet been set.