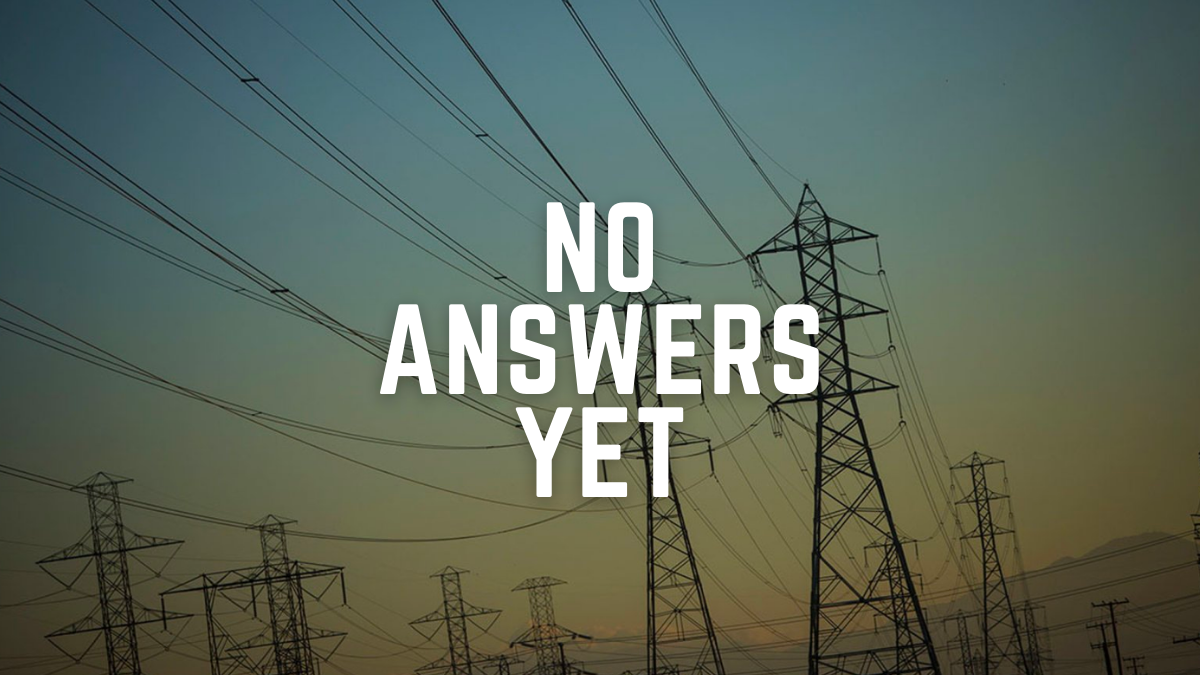 It has been more than six weeks since gun-wielding vandals opened fire in a domestic terror attack on multiple Duke Energy power substations in Moore County, knocking out power to nearly 50,000 residents for days. There are still no answers to the questions surrounding the attacks.

It took several days for most – and nearly a week for the most unlucky – to get their power restored. Those responsible for the attacks, which happened on the evening of Dec. 3, 2022, have still not been apprehended.  The effects of the attacks are still being felt now.

Brittany Graham spoke with ABC 11, telling them that she missed a week of work after the outage and she’s still trying to stock her home with food after she had to throw everything away when she and her family lost power.

“This messed up a lot of people. Think about the kids and the older people,” she said. “I’m slowly getting the food back together that we lost because I threw four trash bags of food away. It’s taking me longer to get it back.”

Some of the others who were hit hardest were those in low-income neighborhoods and/or residents on fixed incomes.

Jean Burchette, a senior on a fixed income who lives in Carthage, told ABC 11 that older people like herself suffered the most.

“It does piss you off when nobody cares,” Burchette said. “None whatsoever. And there are people up here that can’t get out and go.”

One positive outcome resulting from the attacks is that leaders are taking the matter of infrastructure attacks more seriously. Officials are now looking at ways to prevent future attacks on one of America’s most vulnerable and important infrastructure systems.

Jason Tyson with the North Carolina Department of Insurance told ABC 11 that he’s hoping the incident will have a ripple effect leading to better security at power grids across the country.

“You’re going to see companies make more security recommendations,” he said. “Energy companies are going to have to look at more ways to secure their assets.”

The Moore County attack showed North Carolinians just how vulnerable the power grid is. Gov. Roy Cooper and U.S. Rep. Richard Hudson have been talking about reforms that would strengthen infrastructure, grid resiliency and supply chains, ABC 11 reported. They are also looking at issuing harsher penalties for anyone who damages the power grid.

The Moore County Sheriff’s Office is offering a $75,000 reward for information that leads to the conviction of the person or people who perpetrated the attacks.