Tough Battles Ahead in NC Legislature in 2023

Home » Politics » Tough Battles Ahead in NC Legislature in 2023 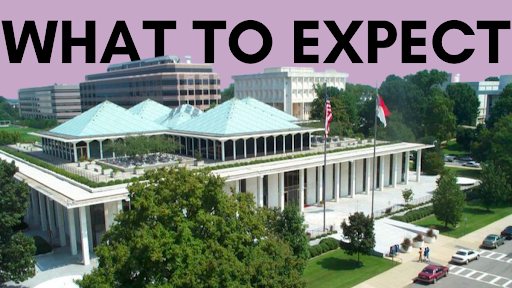 The new session of the North Carolina General Assembly will gavel in this week. With it will likely come another year full of right-wing Republicans wasting time on culture-war issues that voters aren’t concerned with.

While we’ve seen plenty of absurd Republican proposals since Democratic Gov. Roy Cooper won in 2016, since 2018 Republicans have had the threat of Cooper’s veto hanging over their heads, thus preventing many divisive and harmful bills from being enacted.

Meredith College political science professor David McLennan told WRAL that the slim margin in the House is likely to lead to Republicans proposing more bills focused on social issues. Republicans will almost certainly propose legislation that would take away rights when it comes to issues that North Carolinians are clearly in support of, such as abortion and LGBTQ+ rights. It’s also likely that right-wing extremists will focus on “getting Critical Race Theory out of schools” – despite CRT not being taught in schools – instead of working to implement the Leandro Plan and fund public education.

The hardest fight in this next session may be over abortion rights. Republican leaders in the General Assembly have said they could seek to ban abortion as early as six weeks – before many people even know they are pregnant. Current state law bans abortion after 20 weeks.

In the past, state Republicans have attempted to fast-track inflammatory anti-abortion measures, including House Bill 453 and Senate Bill 405.

In addition, McLennan said, Republicans could take up restrictions on gender-affirming healthcare.

“You see other states looking at restricting affirming medical care for transgender individuals. We could see that,” he added. “I think there could be a wide range of cultural issues.”

House Bill 755, known as the “Parents’ Bill of Rights,” would ban sexual orientation and gender identity from the K-3 curriculum and would also require teachers and staff through 12th grade to tell a student’s parents if their child is “questioning their sexual identity” – even if the conversation the student had was in private with a staff member.

HB 755 died in committee last year after Cooper threatened to veto the legislation if passed.

Across the nation, state Republican lawmakers, including in North Carolina, have proposed more than 300 bills that would limit the rights of LGBTQ+ Americans in 2022 – with hundreds specifically targeting transgender youth.

Though there will be tough battles over a variety of issues championed by right-wing Republicans, there’s also the chance for progress to be made on some legislation that previously stalled.

According to McLennan, because of redistricting, retirements and running for other offices, some of the General Assembly’s most socially conservative House lawmakers won’t be seated this session.

That, McLennan told WRAL, could open the door for the passage of some bills that those politicians opposed, such as Medicaid expansion, online sports gambling and possibly the legalization of medical marijuana.

“The [newly-elected] Republicans are younger, and on certain issues, a little bit more forward-thinking than some of the older people they’re replacing,” McLennan told WRAL. “So, you know, we can’t necessarily see it as just a clear partisan divide on many of these issues, like it has been in the past.”

It’s not entirely clear yet what legislation Republican leaders will try to advance first, but it’s well-known which issues will be fought over at some point in this year’s session.

Cooper has said he’s confident House Democrats will form a united front in order to uphold his veto power there.

Sensible North Carolinians of all political stripes will need to come together to put pressure on legislators to advance bills that actually address the issues facing this state and not waste time on legislation that would take our state backward.